A table showing the list of features has leaked for the Sony A7 Mark IV and A7s Mark IV. In fact, this table shows the characteristics of the sensors that were previously available for Sony and third-party companies.

Unfortunately for the table that offers acceptable details especially in terms of Sony A7 IV features, we cannot say the same for the Sony A7s Mark IV part. Of course, we can start by asking the same question with our readers. Why has this model been announced with the name A7s Mark IV while we haven’t met Sony A7s III yet?

Obviously, the part that looks most realistic to us in terms of Sony A7s Mark IV features is sensor resolution. As you know, we have already mentioned that the Sony A7s III can come with a 15.1MP full frame sensor. On the other hand, one of the issues that everyone who follows the camera industry and who knows the product line-up of Sony full-frame mirrorless cameras will participate is that the Sony A7s Mark IV will not come with 4K 30p. In this model, we can foresee that the minimum video shooting feature will be 4K 60p after this time. 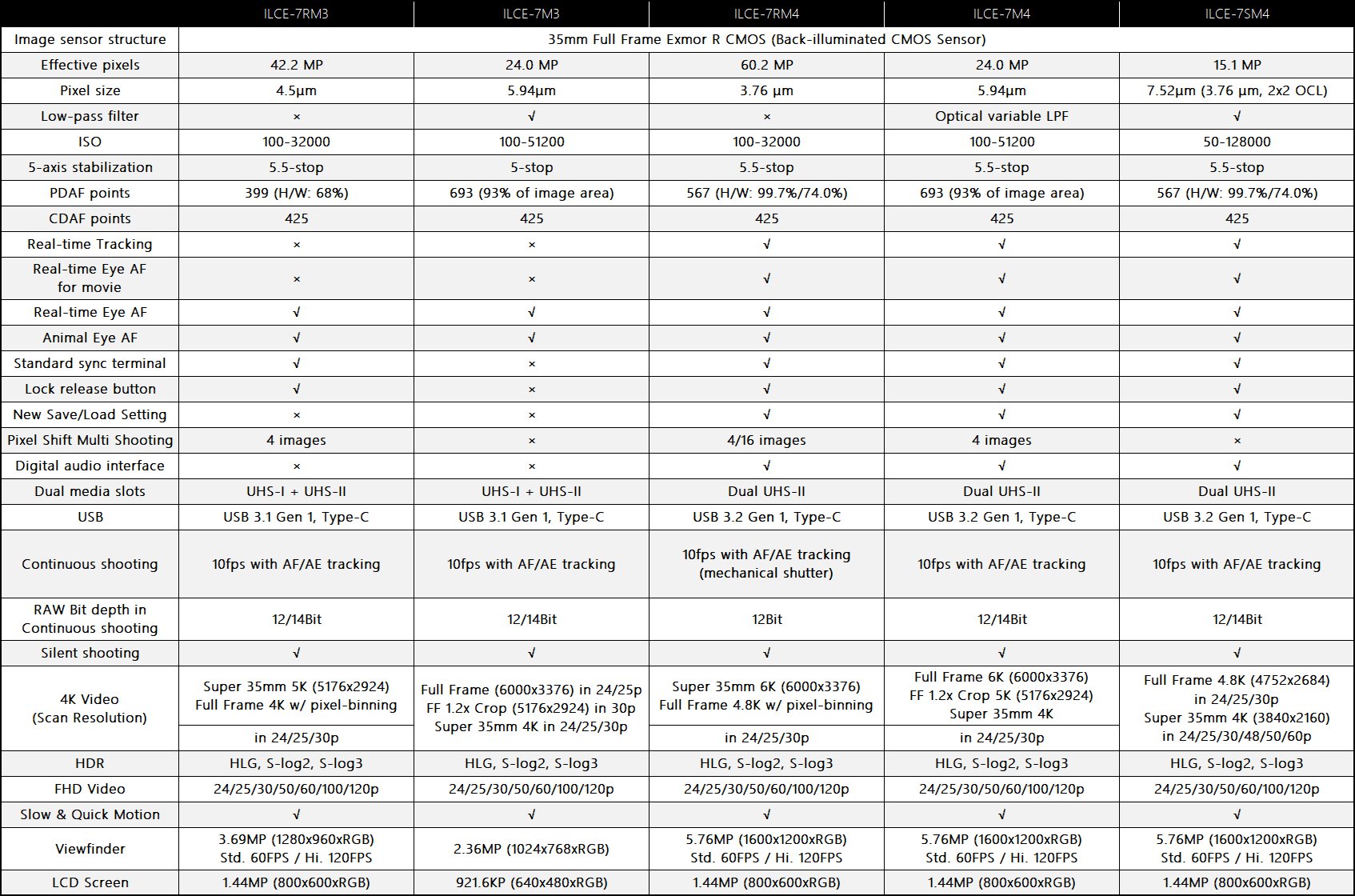 As everyone knows, Sony is making more vlogger-friendly and incremental updates of its mirrorless cameras. The Sony A6100,Sony A6400 and Sony A6600 are latest APS-c series cameras with vlog-friendly displays and modest updates. As with the APS-C flagship cameras, the company are likely to do the same with the Sony A7 IV.  See the upcoming Sony A7 IV camera will feature the Vari-angle display and almost the same core features that we see on the Sony A7 III.