Here is the first look of the Nikon D6 DSLR camera. At CES 2020, the upcoming flagship Nikon D6 camera were on display. Dpreview had a chance for a test and published several photos of Nikon D6 including the back image of D6 body.

According to previous rumors, Nikon D6 will be officially announced in Mid-February, ahead of CP+ show 2020 in Japan. The Nikon D6 is expected to have a 20MP full frame CMOS sensor (Similar as recently announced Canon EOS-1D X Mark III).

Check out the first look image of Nikon D6 below. 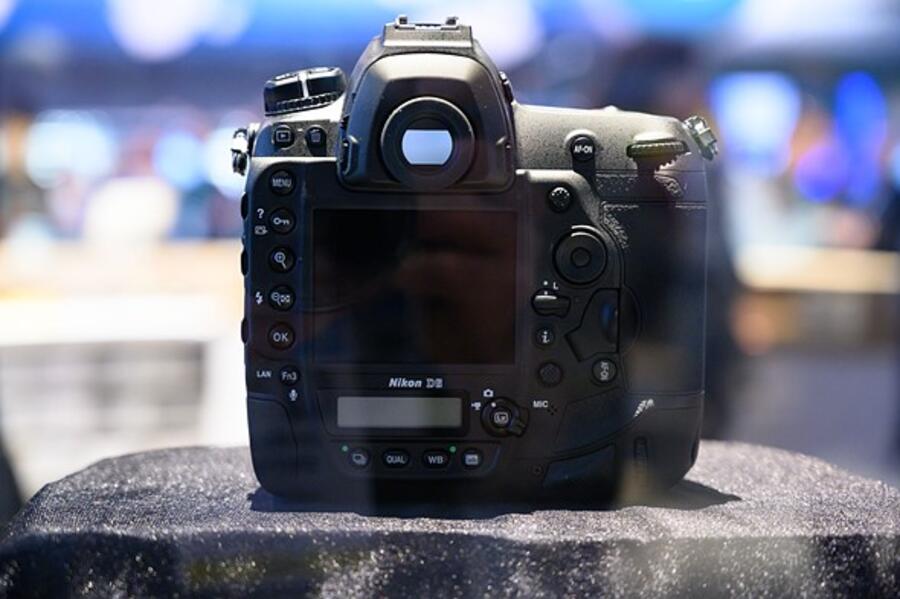 From the back, the D6 is again almost indistinguishable from the D5. There are in fact no noticeable changes to button layout at all compared to the previous model. While unconfirmed, the LCD looks to be the same or very similar to the D5, too. Assuming we’re right about that, it’ll be a 3.2″ panel. We fully expect the D6 to follow the D5 in offering back-lit controls for low-light shooting, too.