Here is the quick review and comparison of Olympus E-M10 III vs Canon EOS M100. In this article you can find the key differences between these entry-level mirrorless cameras.

The Olympus E-M10 Mark III has a 16.1-megapixel Four Thirds CMOS sensor powered by a dual quad-core TruePic VIII Processor. There’s 4K video recording and the continuous shooting goes up to 8.5 frames per second. The Micro Four Thirds camera is selling for $650 body only. See the first tests with samples.

The EOS M100 brings 24.2MP sensor with Dual Pixel autofocus to the Canon’s entry-level mirrorless range for the first time. Improvements over the M10 are the DIGIC 7 processor as well as 1080/30p to 1080/60p video capture and 4 fps burst shooting with continuous AF (6 fps with single AF).

So what may be the main differences when consider Olympus E-M10 III vs Canon EOS M100 specs list?

Let’s compare the Olympus E-M10 III vs Canon EOS M100. Our comparison table below covers all the important specifications of each camera. 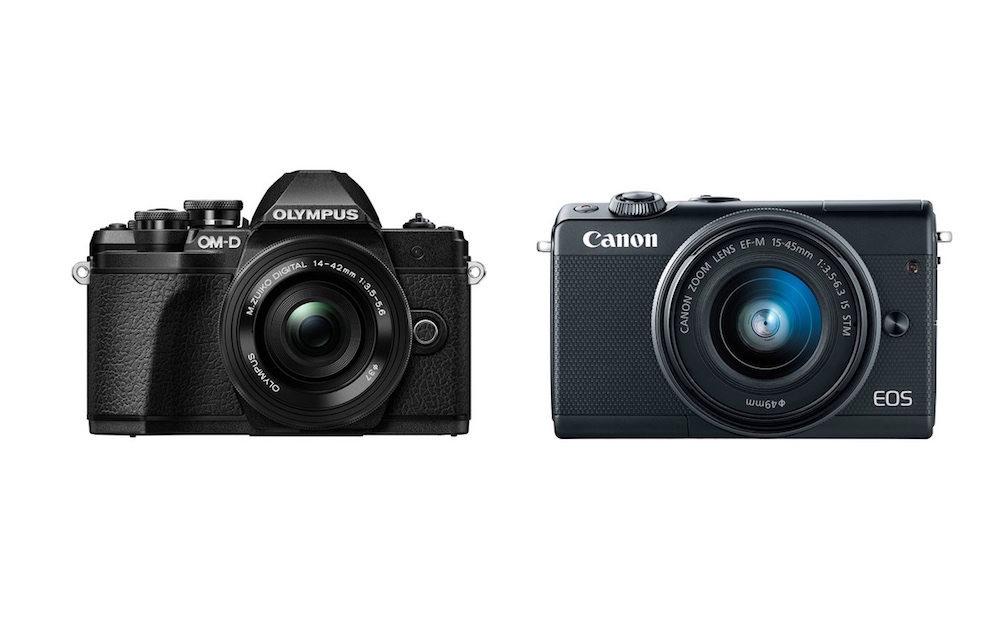 If you’re trying to decide which one to buy as your first camera, here are the differences of Olympus E-M10 III vs Canon EOS M100 cameras.

The sensor size of both cameras are different. The EOS M100 uses APS-c sized image sensor and the E-M10 III comes with Micro 4/3rds. Both cameras are priced around $600 mark.

For beginners who are much desperate to get a camera with 4K video in a budget-friendly price should go with Olympus E-M10 III.

Previous post: Nikon DF2 camera is in the works and not coming soon
Next post: Sigma Patent for 12mm f/1.4 MFT Lens