Sony A7RII & Sony A7II Guide to Digital Photography is a new title from David Busch and available in Kindle and Paperback versions.

Filled with detailed how-to steps and full-color illustrations, David Busch’s Sony Alpha a7 II/a7R II Guide to Digital Photography covers every feature of this mirrorless tandem in depth, from taking your first photos through advanced details of setup, exposure, lens selection, lighting, and more, and relates each feature to specific photographic techniques and situations.

Also included is the handy camera “roadmap,” an easy-to-use visual guide to each camera’s features and controls. Learn when to use every option and, more importantly, when not to use them, by following the author’s recommended settings for each menu entry.

David Busch’s Sony Alpha a7R II/a7 II Guide to Digital Photography is available now for $31.99 for download through the website and Amazon. 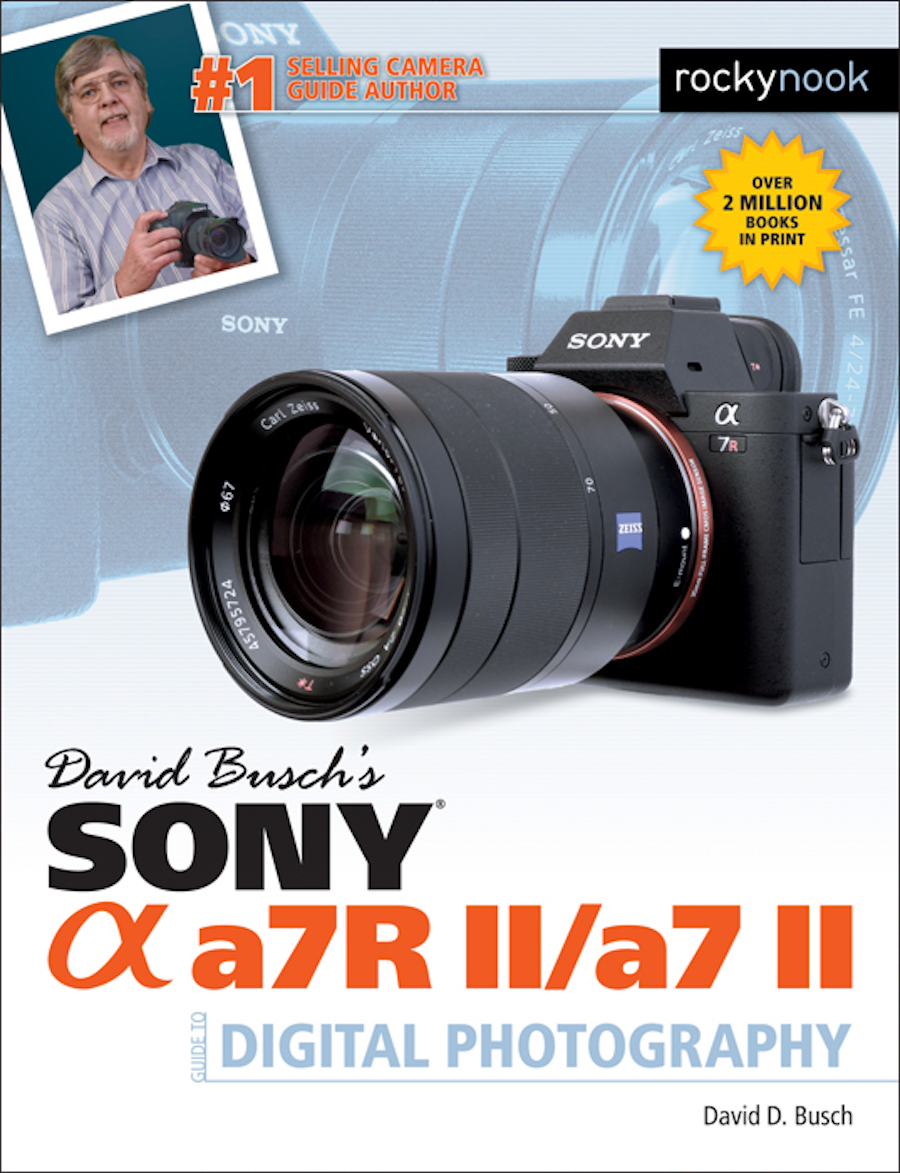