The new telephoto lens patent focal range is corresponding to 90-500mm in 35mm equivalent. From the OIS designation we understand that it will be packed with built-in optical image stabilization.

If this lens becomes real in mass production it would be a great alternative to the newly announced Olympus 300mm f/4 IS PRO and Panasonic LEICA DG 100-400mm / F4.0-6.3 lenses. 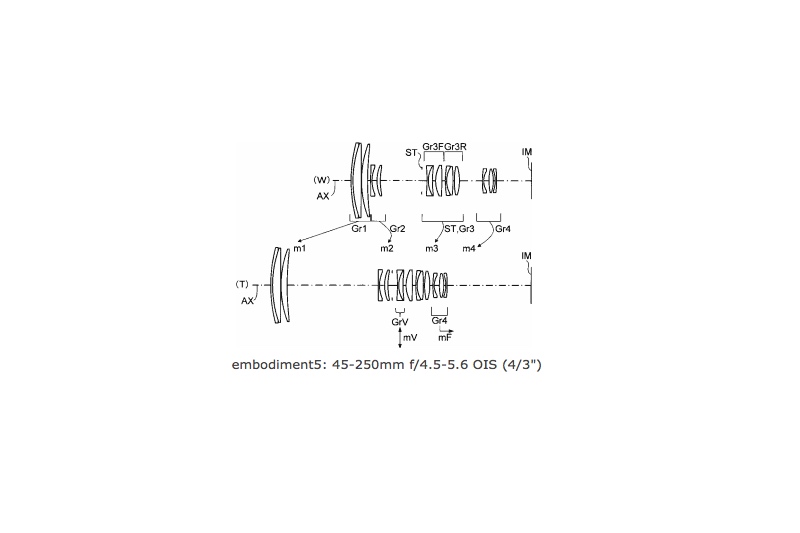 Description, self-interpretation of the patent literature