From the leaked image below we can say the new digital Olympus PEN-F camera will have optional small grip, a large front dial and a built-in EVF. Also the image comes with the M.ZUIKO DIGITAL ED 75mm f/1.8 lens mounted.

The digital version of the original PEN-F camera will come packed with built-in Wi-Fi as Olympus previously registered at Taiwan’s NCC. 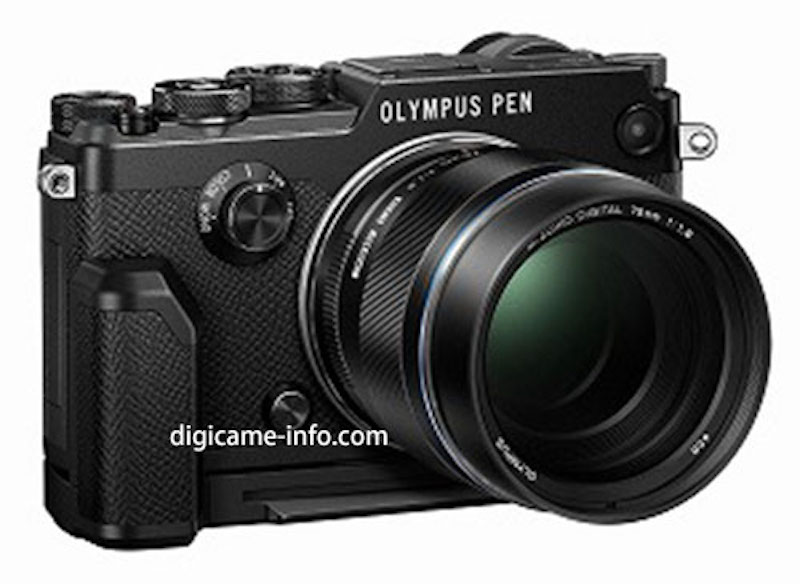