Sony Lens Abbreviations and Meanings. Sony is one of the largest lens manufacturers in the world. Like any other lenses, you’ll find letters and numbers adorning them. These abbreviations let you know the features of each lens. These include special lens elements, coatings, features that remove camera shake and more.

What do these mean? In this article, we’ll talk about the most popular abbreviations used with Sony lenses. We can see some common abbreviations even though the use of lens terms differs according to the manufacturer.

Before going into details about Sony lens abbreviations, it is worth noting that the company has a very special relationship with the legendary German lens manufacturer Carl Zeiss. Zeiss manufactures lenses for both Sony’s mounting systems and Sony, Zeiss branded lenses. Although it seems a little confusing, we can summarize it as follows. Zeiss branded lenses manufactured by Sony use the Zeiss ‘approved’ optical formula and technology, but are made by Sony. Lenses produced by Zeiss for Sony cameras are made directly by Zeiss.

Today we will be looking at Sony’s ‘in-house‘ lenses. So Sony lens abbreviations will include those for modern Sony lenses.

Designed to work with compact and mirrorless E-mount cameras, this rich range offers different APS-C and full-frame options. Sony’s APS-C sensor first appeared in the NEX series of mirrorless cameras. In 2010, Sony expanded to include α7 full-frame cameras and E-mount full frame specific lenses. There is no physical difference between APS-C and full-frame E-mount, lenses are designed to resolve different image sizes.

Based on decades of lens experience, the A-mount system provides versatility for all of our A-mount and E-mount cameras, such as the popular α77 II and expert-level α99. In 2008, Sony launched the α900 full-frame DSLR. Full-frame A-mount lenses make no distinction in the lens model, so all A-mount lenses with no ‘DT’ in the model name resolve an image the size of a 35mm full frame sensor. Full frame A-mount lenses are compatible with both full frame and APS-C bodies.

Read on to learn more about Sony Lens Abbreviations. 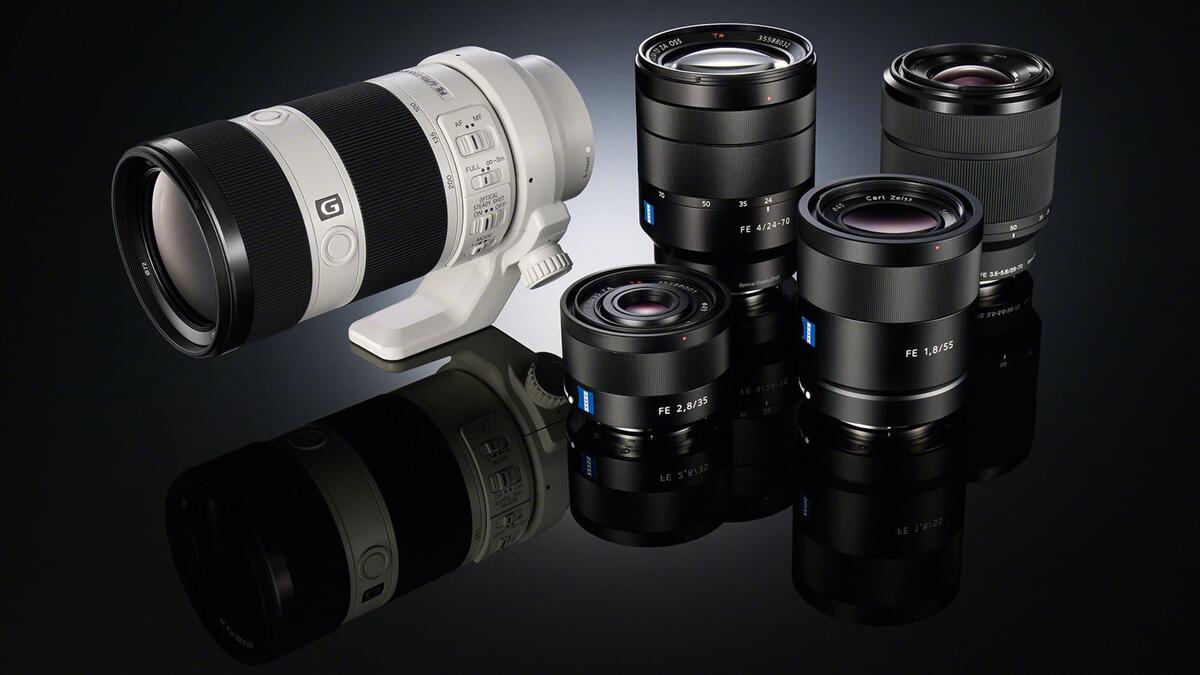 For an example of Sony lens abbreviations, check out the new FE 35mm f/1.4 GM lens in the image above. You can find the terms FE and GM below and see their explanations.

We’ve tried to summarize Sony lens abbreviations and their meanings in three different lists. If the inscriptions on the lens do not make sense to you, you can comment by stating the name of the lens. Thanks for reading.