Nikon Z6 and Z7 both have one memory card slot. After the release of firmware version 3.00, Nikon Z6 & Z7’s memory card slot now supports both CFexpress memory cards and XQD memory cards. As you might familiar that both cameras can shoot 4K video as well as 1080p at up to 120fps. The XQD cards are much faster than SD cards, and you will need a fast XQD card if you like shooting videos.

Offering up to 440 MB/s read speeds and up to 400 MB/s write speeds, the Sony G Series XQD cards are the best choice and make it easy to capture photos in both burst mode and in RAW ormat, as well as streamline workflows.

According to Nikon, currently only Sony, ProGrade, Lexar CFexpress memory cards can fully support Z6 & Z7 after firmware version 3.00. In this article you can find the latest XQD / CFexpress Memory Cards for Nikon Z6 & Z7. 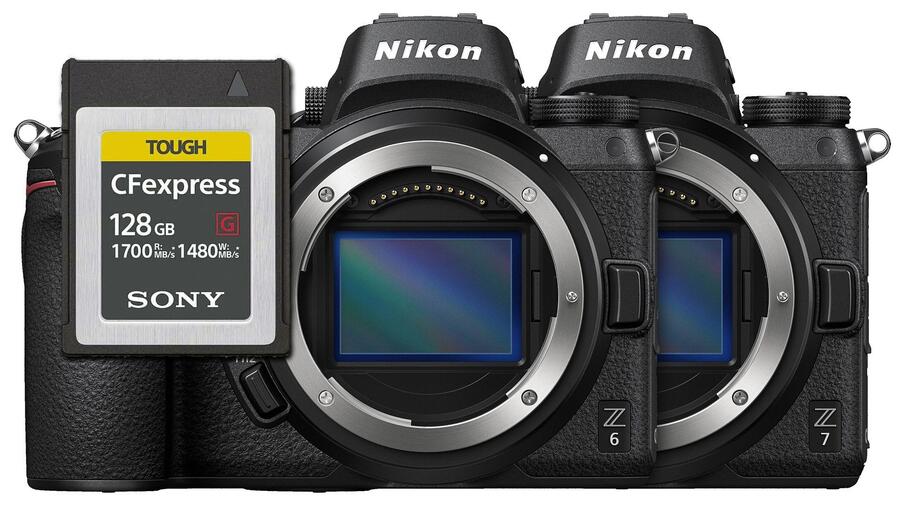 The XQD cards are much faster than SD cards, currently there are 4 kinds of XQD cards, the Sony XQD G Series is the best selling XQD card for Nikon Z6 & Z7.