Canon has released an additional press release to detail the video recording times possible with the EOS R5 and EOS R6 cameras and whether there are any limits due to overheating. 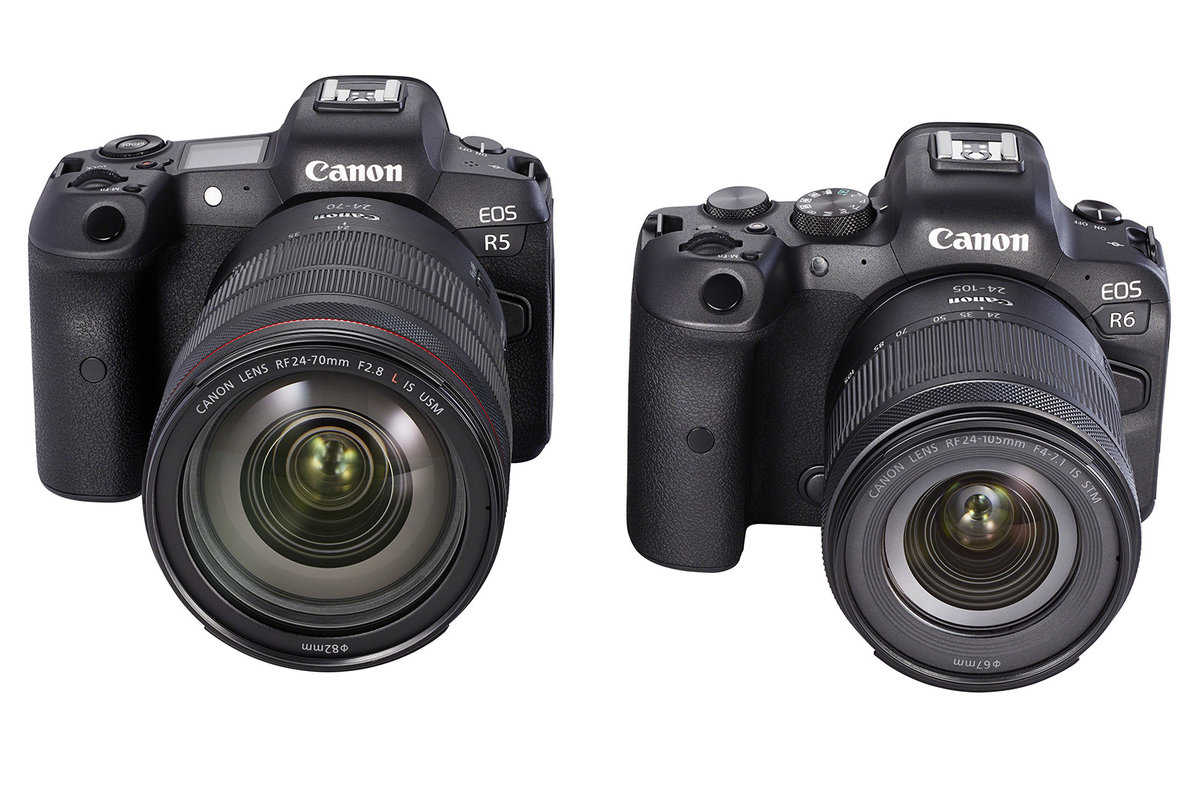 EOS R5 and EOS R6 offer powerful stills and movie recording capabilities within compact body designs, allowing photographers and filmmakers to push creative boundaries harder and capture action better than ever before. At the highest frame rates and resolutions, heat is generated because of the best-in-class resolution, frame rate and autofocus capability, which can limit continuous recording times.

Several steps have been taken to manage this; magnesium alloy is used in the body to dissipate heat away from internal components and there is an ‘overheat control’ function to reduce heat generation when the camera is in standby. To maintain the level of weather sealing and retain a compact design, an internal fan has not been installed.

Before recording starts, EOS R5 and EOS R6 display an estimate of the recordable time based on the current camera temperature and the set recording mode. Approximate recording and recovery times for 23°C / 73°F environments are available so that customers will be able to decide how to best utilise each mode: 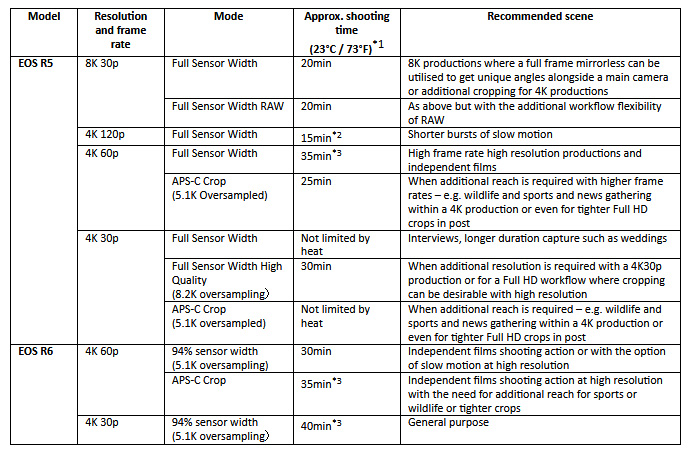 Estimated camera recovery times are indicated below. The time until full record time is available will vary with ambient temperature, continued camera operation and the selected shooting resolution.

1 Time available for continuous shooting in 23°C / 73°F environment, from a cold start. If the camera is in LV mode standby before shooting or the ambient temperature is high, the shooting time may be shorter.

2 Recording stops at 7minutes and 30seconds for high frame rate video. Indicates the time when recording can be resumed immediately.

3 Recording is limited to 29 minutes 59seconds. Indicates the time when recording can be resumed immediately.