NewsShooter had a chance to talk with Canon executives about this high-end camera. It is confirmed that EOS-1D X Mark III will be able to record 4K 60p video 4:2:2 10-bit internally.

What we know about the EOS 1DX Mark II from the development announcement is that the new flagship camera will have an all-new CMOS sensor with Dual Pixel AF and a new Digic processor. That combination will be able to produce not only standard JPEG and Raw files, but also 10-bit HEIF files for a greater tonal range than JPEGs are capable of. The Dual Pixel AF region of the sensor will cover 90% of the frame horizontally and 100% vertically, with 525 AF areas.

The current Canon EOS-1D X Mark II model is now $500 off at Adorama, Amazon and B&H. 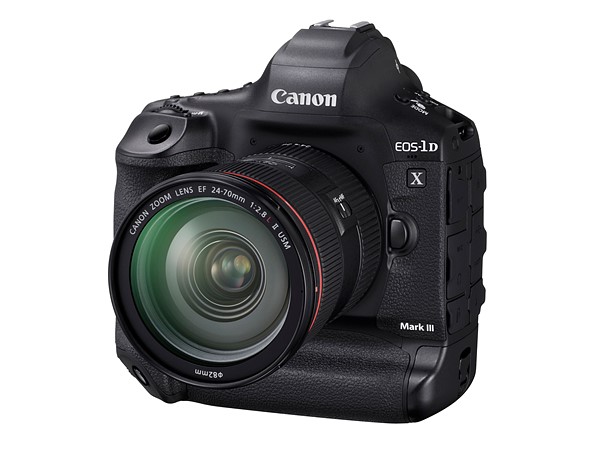 At the event, Canon confirmed a lot of what we already knew, including the camera’s ability to do internal RAW recording.

We previously reported that we were unsure whether the camera could record 4K 60p 4:2:2 10-bit internally or externally, but Canon alluded to us at Photoplus that this would be done internally.