Sigma has announced that it will no longer produce lenses for Pentax K-mount cameras due to the falling number of users.

The announcement was made on the Facebook page of Sigma Czech Republic, stating that because of dwindling numbers of Pentax users and company has decided to stop producing Pentax mount lenses. 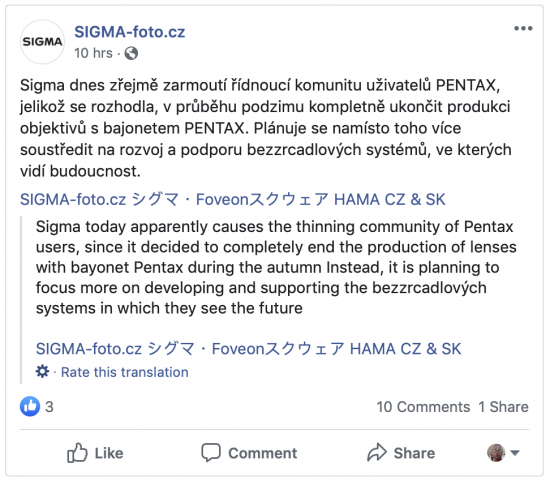 ‘Sigma today apparently causes the thinning community of Pentax users, since it decided to completely end the production of lenses with bayonet Pentax during the autumn Instead, it is planning to focus more on developing and supporting the mirrorless systems in which they see the future.’