Fujifilm has unveiled the X-E3 mirrorless camera with 24MP sensor and 4K video. Designed in a more compact and lightweight body, the new rangefinder-style camera is a more touchscreen-driven model to the SLR-like X-T20.

The Olympus E-M10 Mark III has a 16.1-megapixel Four Thirds CMOS sensor powered by a dual quad-core TruePic VIII Processor. This is the same processor used in the E-M1 Mark II. There’s 4K video recording and the continuous shooting goes up to 8.5 frames per second. The Micro Four Thirds camera is selling for $650 body only. See the first tests with samples.

Let’s have a brief look at the main features of Fujifilm X-E3 vs Olympus E-M10 III. So what may be the main differences when consider their specs list? Current Fuji users might want to check out the X-E3 vs X-T20 vs X-T2 vs X-E2S – Comparison too.

If you’re trying to decide which one to buy as your first camera, here are the differences of Fujifilm X-E3 vs Olympus E-M10 III cameras. Our comparison table below covers all the important specifications of each camera. 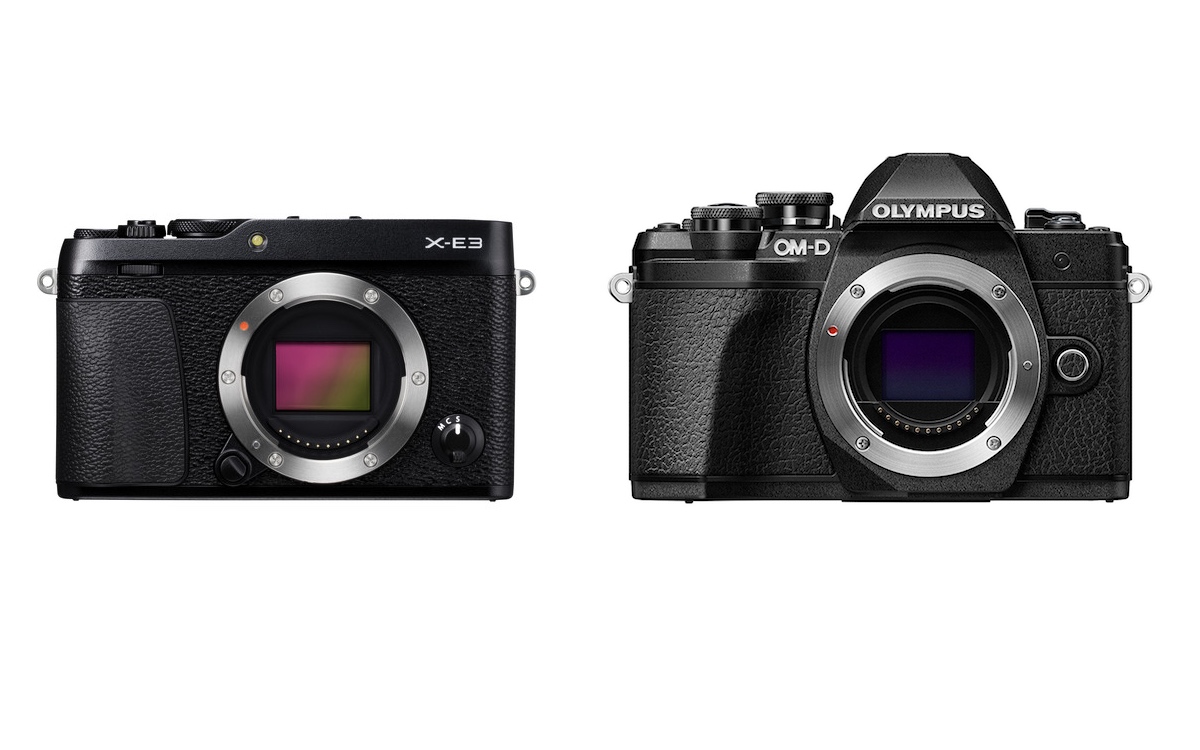 Big difference between Fujifilm X-E3 vs Olympus E-M10 III is sure the sensor size. Fuji X-E3 uses APS-c sized image sensor and the E-M10 III comes with Micro 4/3rds. We think this is one of the biggest reasons for the $200 price difference.

Other than that Olympus E-M10 III is purely an entry-level camera that features 4K video recording and 8.5fps burst shooting. Fuji X-E3 is a rangefinder-style compact and lightweight camera. The camera provides better image quality for professionals as a second gear on the go.

For beginners who are much desperate to get a camera with 4K video in a budget-friendly price should go with Olympus E-M10 III. On the other hand we recommend users who can afford the price difference to decide at X-E3 without thinking.