This Nikon D7500 vs Pentax K-3 II Comparison comparison shows what separates these DSLRs with a view of featured categories.

The Nikon D7500 borrows quite a bit of the tech from Nikon’s top-of-the-range DX-format DSLR, the D500. The DSLR offers a 20.9-megapixel APS-C CMOS sensor. The biggest advantage of the camera is the bigger buffer and a better AF system.

Pentax K-3 II features a 24.35 effective megapixel APS-c sensor. It has built-in 5-axis stabilization and the option of turning off the AA filter effect. Dustproof, weather-resistant construction is ideal for capturing shots outdoors.

Let’s have a brief look at the main features of Nikon D7500 vs Pentax K-3 II. So what may be the main differences when consider their specs list? 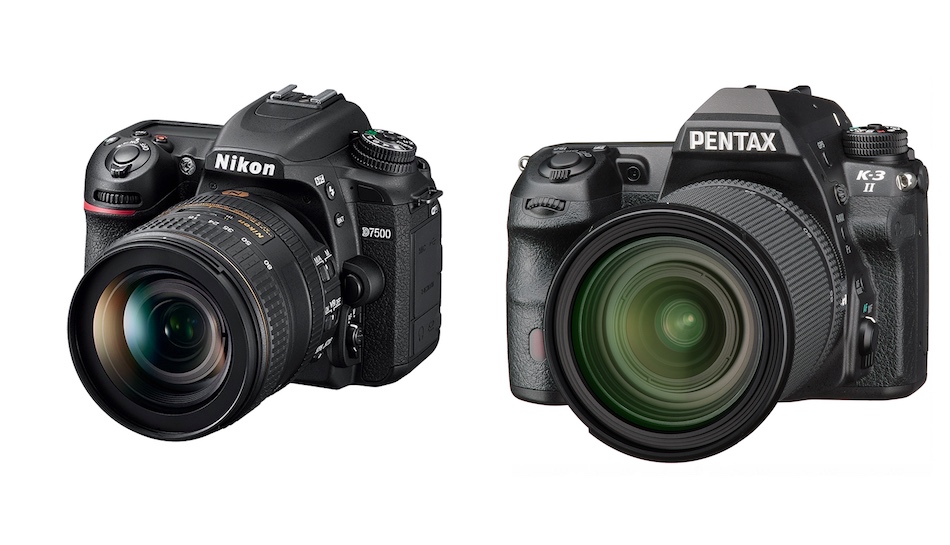 If you’re trying to decide which one to buy as your first camera, here are the differences of Nikon D7500 vs Pentax K-3 II cameras. you can see some differences like sensor, image size, shooting speed, lcd size etc.. detailed as bold on the table.

As a verdict, we can say both cameras features Aps-c image sensor. Even both cameras look very identical in the specs list, Nikon D7500 has a lot more AF points, LCD with touchscreen support, 4K video recording and a bigger buffer for burst shooting.

The price difference of Nikon D7500 vs Pentax K-3 II is huge. We recommend the D7500, but according to your budget the K3-II is also a good budget-friendly DSLR in this segment.

Previous post: Best Lenses for Sony A9
Next post: Nikon D820 Rumored to be Announced This Summer