Sigma 85mm f/1.4 DG HSM Art Lens for Nikon test results posted by DxOMark. The Art-series bright prime lens has been awarded as the highest score the benchmarking company has ever given.

Sigma 85mm f/1.4 Art lens achieved a score of 50 points. This is currently best lens ever in the world, even better than the Otus lenses. The prime optic tested on the Nikon D810 DSLR camera.

According to test results, the optic reaches peak sharpness between f/2.8 and f/4, though it achieves optimum performance at f/5. This lens has no distortion and has very low lateral chromatic aberration. 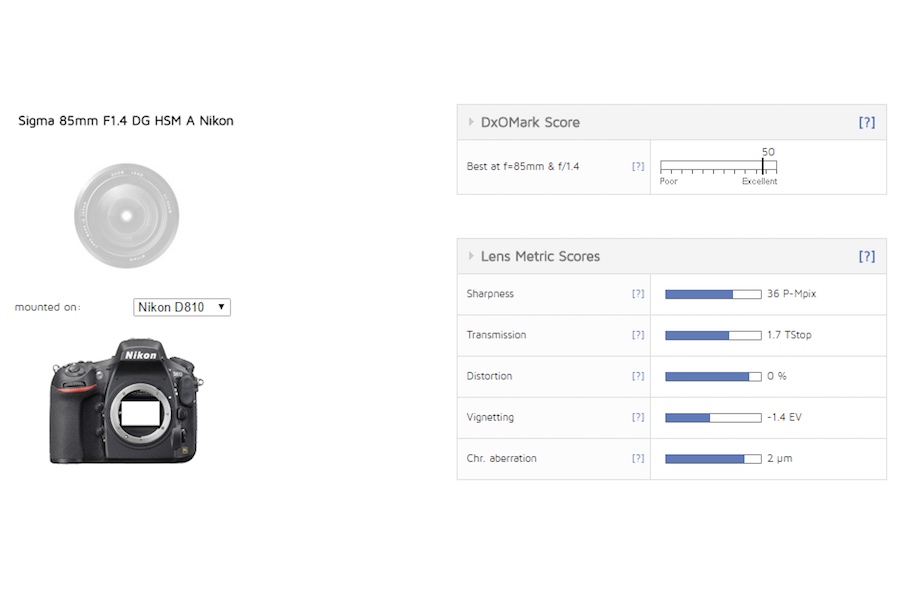 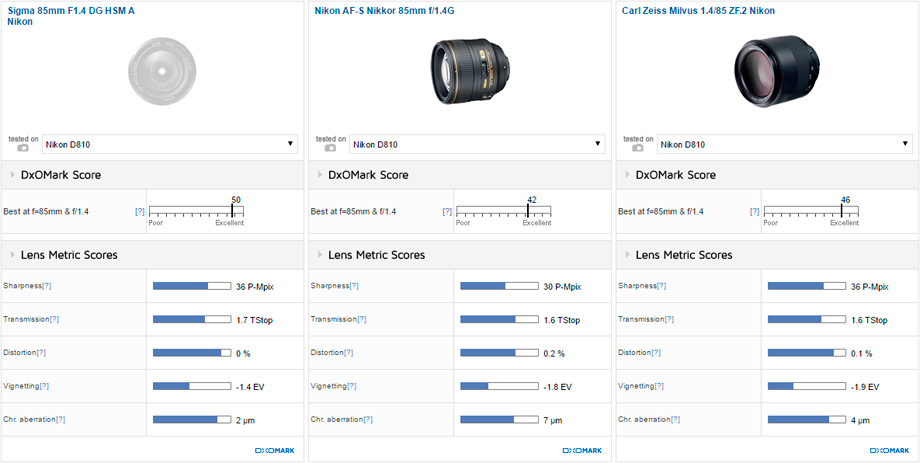 With its Art series, Sigma has done much to improve its standing as a high-end lens maker. Until only recently, Canon and Nikon were on safe ground with their high-speed primes, but makers such as Sigma and Tamron (and Zeiss) are beginning to make inroads. While all the full-frame Art series lenses are excellent performers optically, the latest model in the range is also its best. It also happens to be the most expensive to date, but the $1,199 asking price seems reasonable. That it outperforms the Zeiss Milvus and outrageously expensive Otus equivalents probably says enough for most people — and that’s even before discussing the merits of autofocus versus manual on high-speed lenses like this.