First rumored Sony A7SIII specs has been leaked online. It will be the replacement for the current Sony Alpha A7SII full-frame mirrorless camera.

According to recent rumors, Sony is working on a new MILC with 35mm format image sensor. The Sony A7SIII specs list is expected to include a new 15.4 MP BSI-CMOS Sensor found with LSI.

As you might remember the a6500 sensor has a newly added front-end LSI chip that gives the camera faster internal processing. This improves the high ISO performance for both stills and videos and buffer in continuous shooting mode. 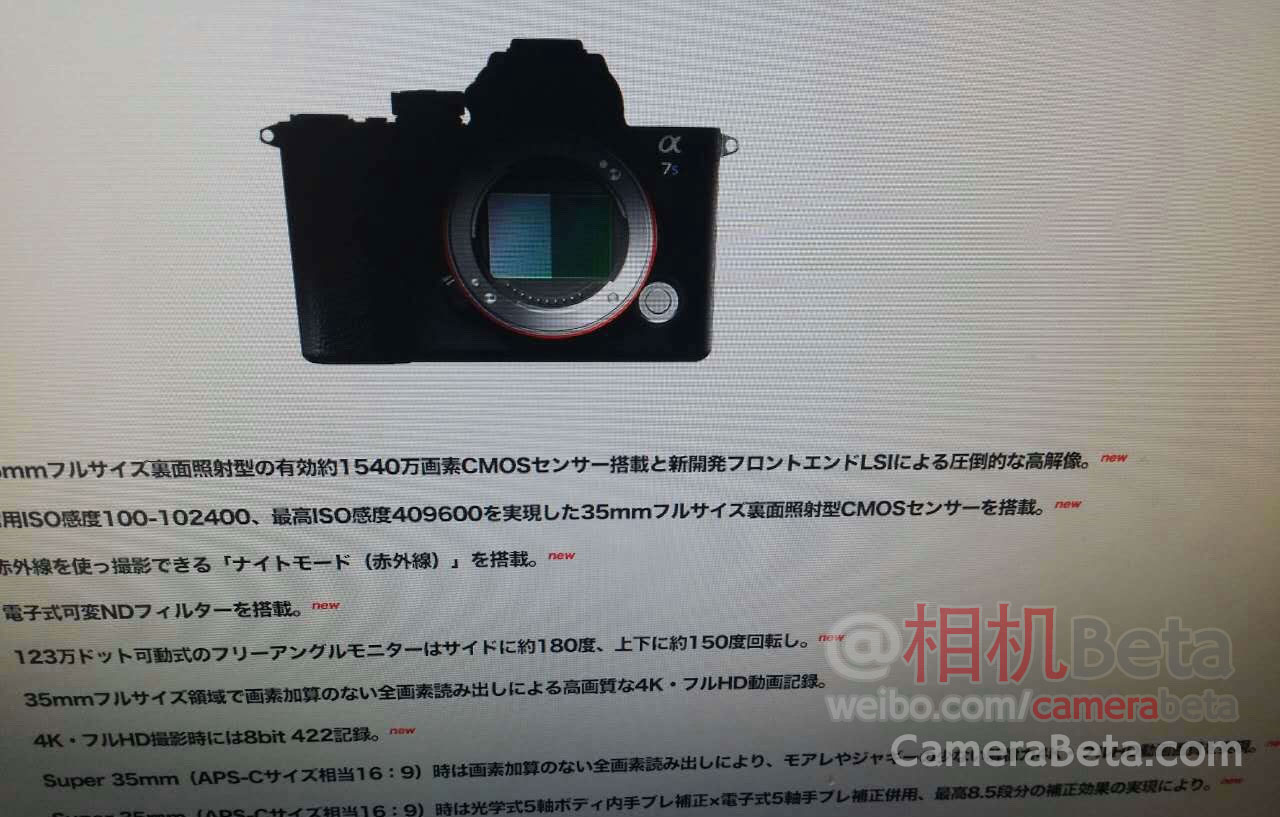 The Sony A7SII is a 12.2-megapixel full-frame compact system camera with 4K video recording, enhanced auto-focus, an expanded ISO range of 50 up to 409,600 (100-102,400 native). It has a silent image capture mode that can be activated for 5fps continuous shooting.

Chinese website CameraBeta published the very first Sony A7sIII specs. According to recent gossips, Sony might show up several new products before or at the CES 2017 event.

Here are the rumored specs so far.

There is no information about the official announcement date of a possible A7S Mark III. We can guess the full-frame mirrorless camera to be unveiled soon after the first Sony A7SIII specs leaked online.