On the other hand an overall score of 85 points makes the MILC currently the best-performing APS-C size sensor in the company’s lineup. It shows performance gains over the A6000 and the A77 II. 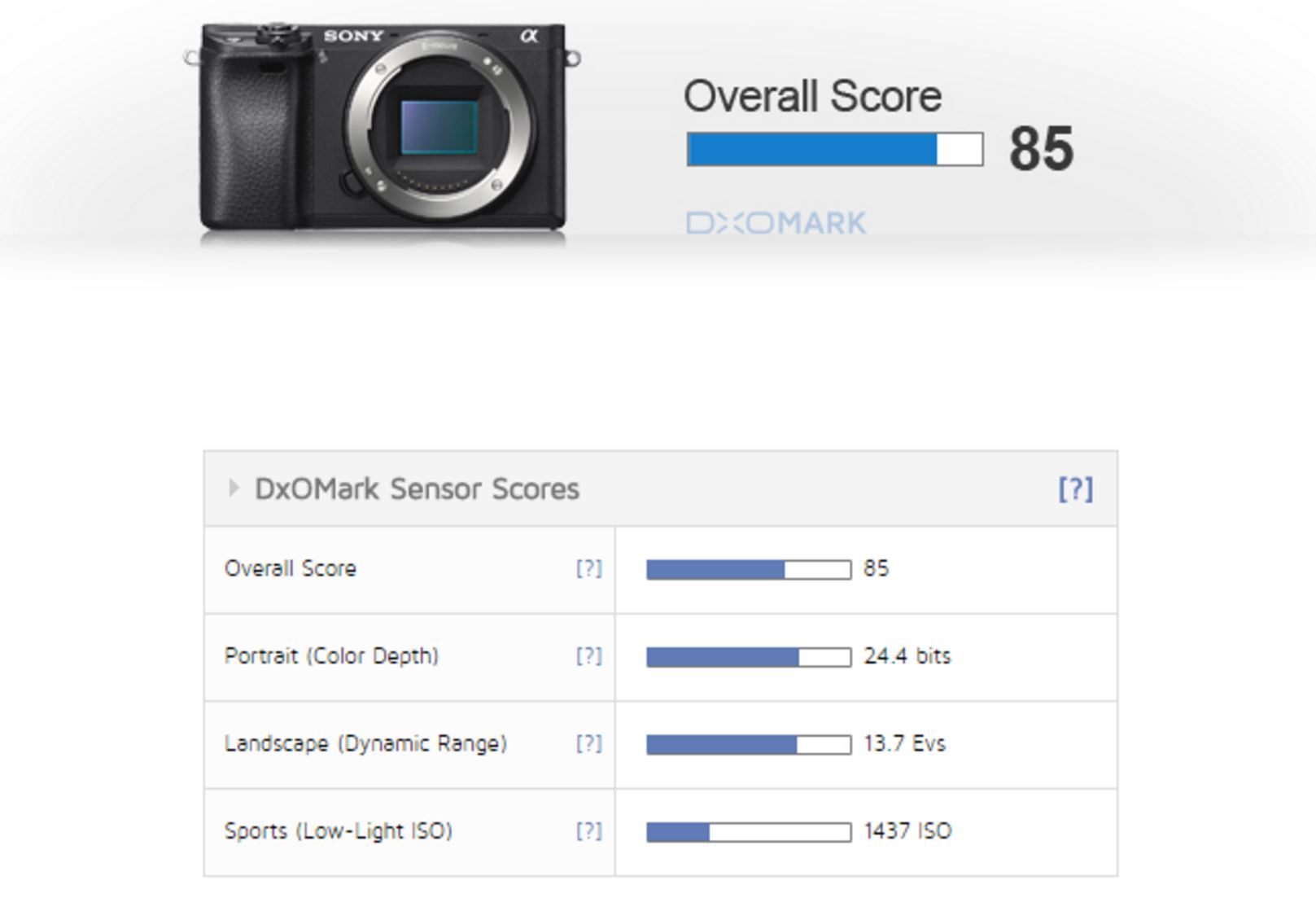 Sony A6300 sensor got tested at DxOMark

Sony’s A6000 sensor was class-leading when it was introduced, and while the sensor in the A6300 is in a similar position, it’s not alone. Nikon’s sensors in the D7200 and the more cost-conscious D5500 perform similarly. In terms of specifications, the A6300 looks attractive, and for some metrics, its sensor performance, dynamic range in particular. It can match the 24-Mpix full-frame A7 II. However, the price seems somewhat at odds with rival offerings. Even taking into account the premium for its 4K video and AF capabilities, it’s much harder for it to compete at this level. But as far as sensor performance goes, it doesn’t get a lot better.

The A6300 has 425-point hybrid AF system is capable of continuous shooting at up to 11fps and features ‘high-density’ tracking. It is dynamically activated AF points around a subject and adjusts them depending on the motion of the subject itself. The Sony A6300 body-only is available for $1,000.

The new mirrorless interchangeable lens camera can also shoot at a slightly slower 8fps in the normal Hi option. See the Sony A6300 11fps Continuous Shooting Videos. More coverage can be seen at the A6000 Comparison | Fuji X-Pro2 Comparison | Official Sample Images and Movies.

Sony A6300 sensor results shows that the company is improving much on this segment. We hope these informations are useful for our readers.