Sony has announced the A6300 mirrorless camera with 24-megapixel APS-c image sensor and incredible AF system.

The a6300’s 425-point hybrid AF system is capable of continuous shooting at up to 11fps and features ‘high-density’ tracking, which dynamically activated AF points around a subject and adjusts them depending on the motion of the subject itself.

Sony A6300 Mirrorless Camera Announced with 24MP and Incredible AF 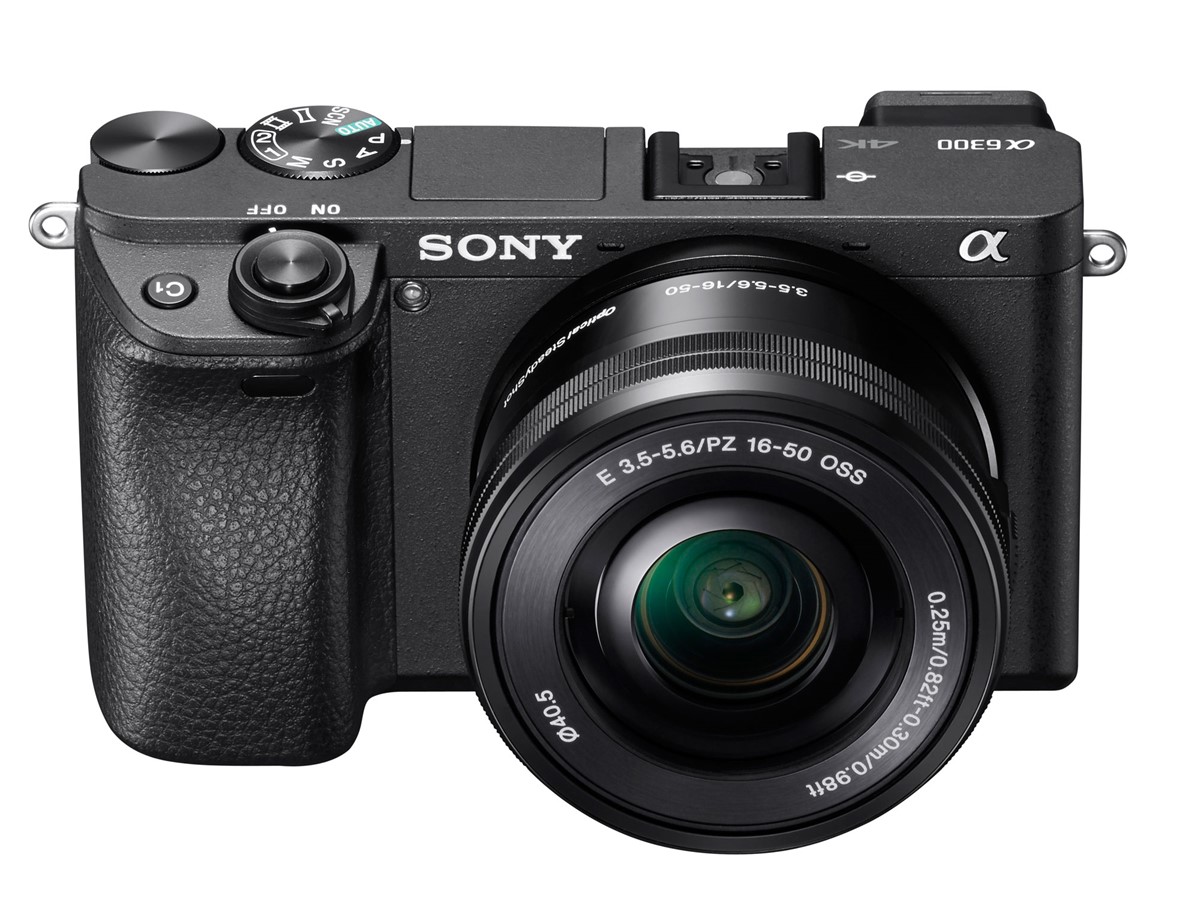 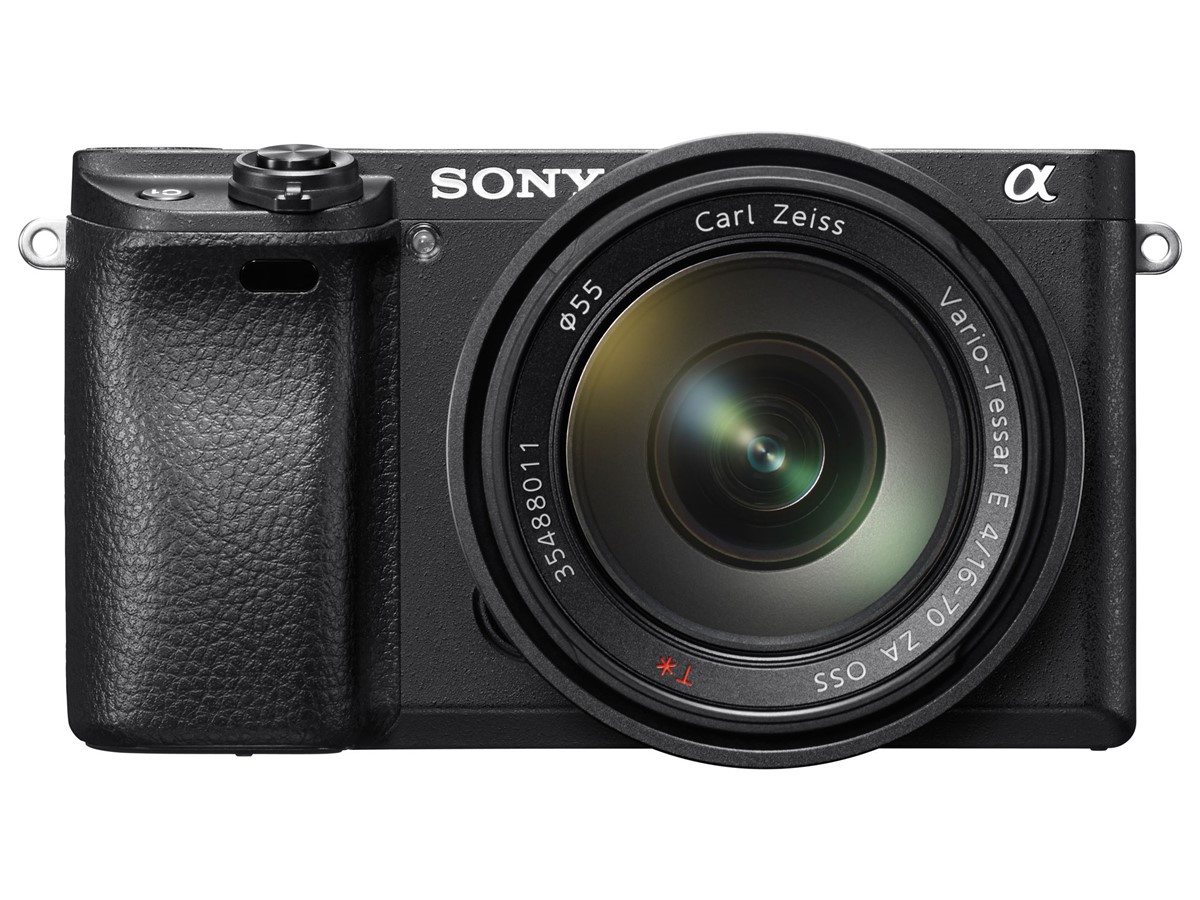 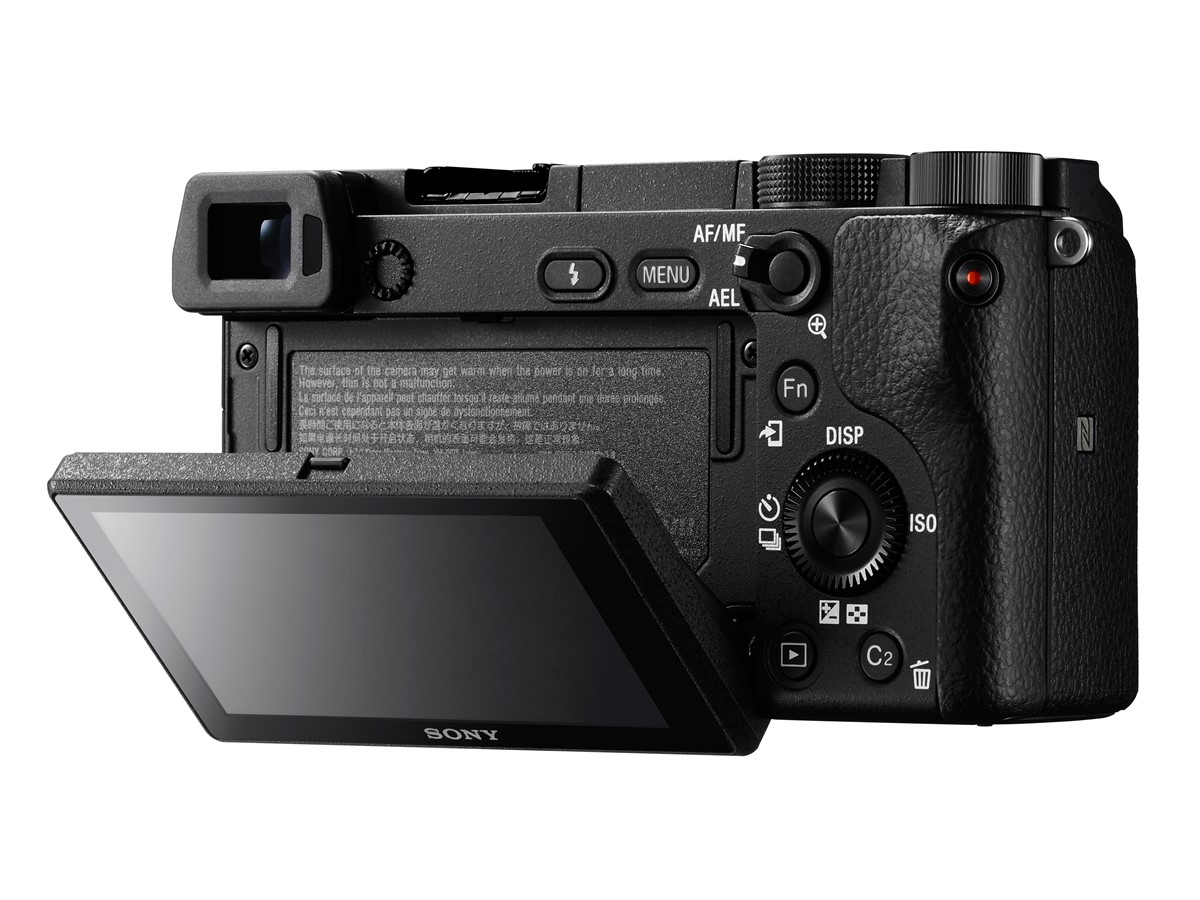 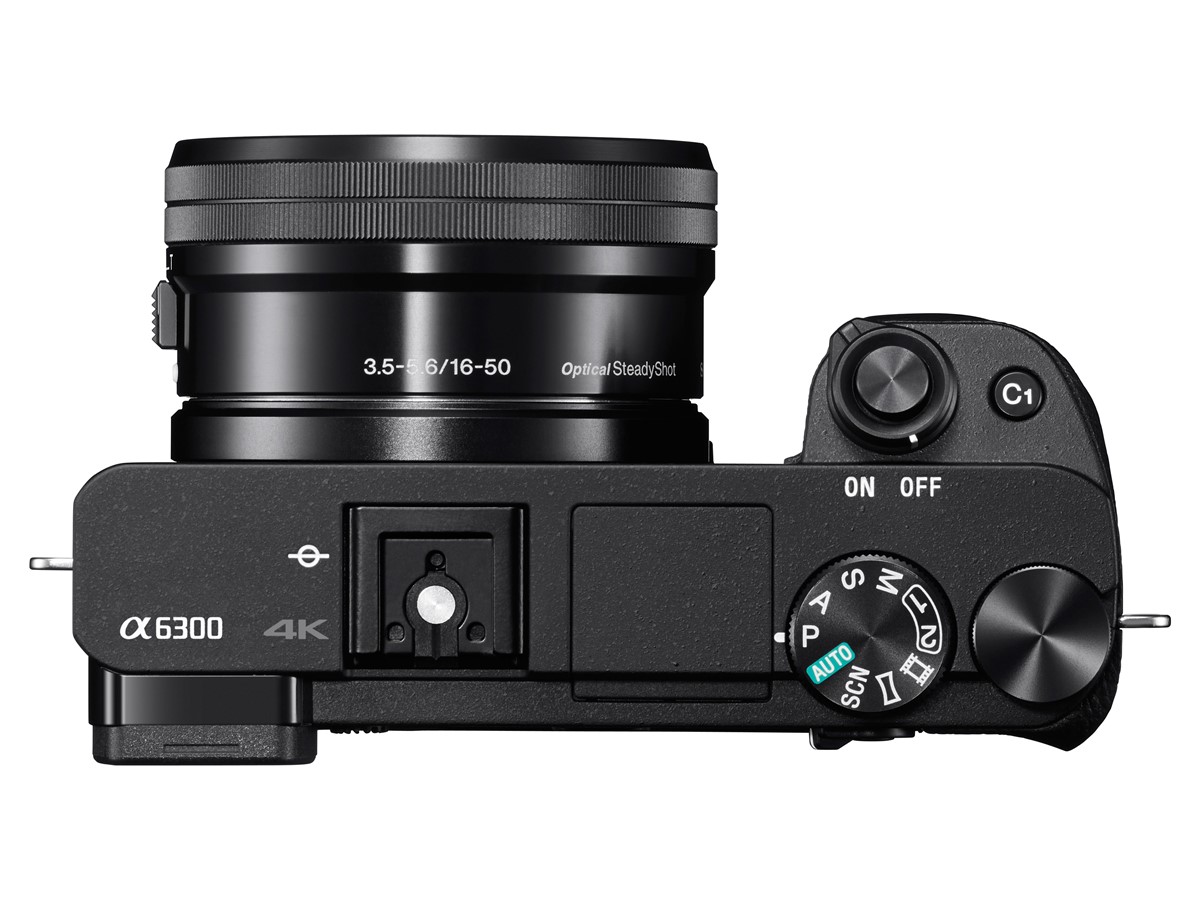 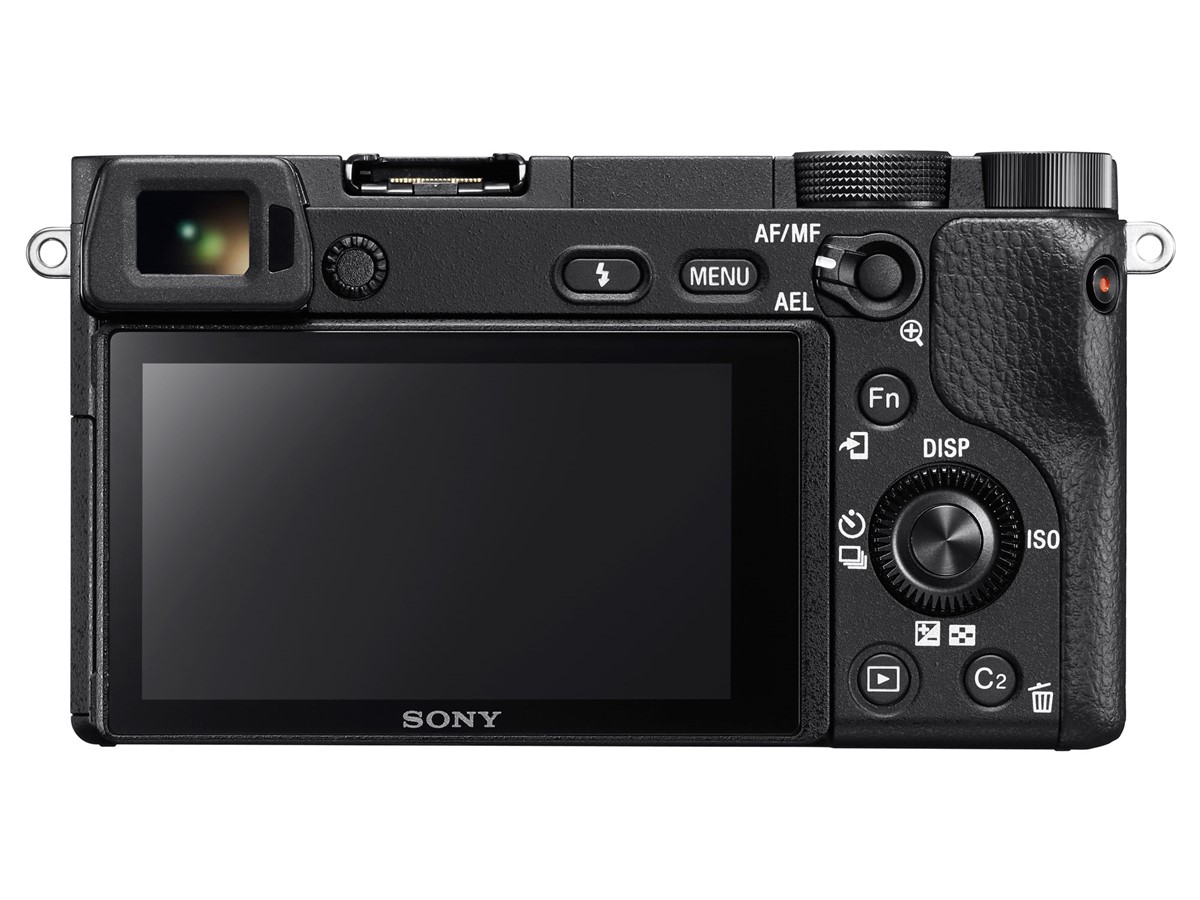 The camera boasts an unrivaled 4D FOCUS™ system that can lock focus on a subject in as little as 0.05 seconds, the world’s fastest AF acquisition time1.  Additionally, the α6300 has an incredible 425 phase detection AF points that are densely positioned over the entire image area – the world’s highest number of AF points on any interchangeable lens camera2, and can shoot images at up to 11 frames per second with continuous autofocus and exposure tracking,

The impressive new mirrorless model also has the ability to  support full live-view continuous shooting on the Tru-finder or LCD screen at up to 8 frames per second, ultimately producing a real-time shooting experience that combines all the benefits of an electronic viewfinder with the immediacy of a through-the-lens optical viewfinder.

The versatile α6300 is equipped with a newly developed 24.2 MP (approx.. effective) APS-C sized Exmor CMOS sensor that works together with a BIONZ X image processing engine to produce outstanding image quality throughout the entire ISO sensitivity range ISO 100 – 51200 3.  It can also shoot and record high resolution 4K video with full pixel readout and no pixel binning in the popular Super 35mm format.

“The α6300 is yet another example of the dominant innovation that Sony continues to bring to the industry, especially from the mirrorless space,” said Neal Manowitz, Vice President of Digital Imaging at Sony Electronics.  “With this new model, we’ve combined the world’s fastest and most extensive AF system with a superb image sensor and many of our most advanced imaging and video technologies, creating a package that can far exceed the performance of any DSLR in its class.   This camera connects you with the action like never before.”

Sony’s new α6300 camera builds upon the acclaimed 4D FOCUS performance of the α6000 model, utilizing a Fast Hybrid AF system that combines high-speed phase detection AF with extremely accurate contrast AF and allows it to capture and lock on to moving subjects in as little as 0.05 seconds1.  The camera’s High-density Tracking AF technology positions 425 phase detection AF points over nearly the entire field of view, allowing it  to accurately focus throughout a wide area – even on small, fast objects that other cameras would fail to recognize.

In addition to the extensive AF coverage, the α6300 debuts a new High-density tracking AF technology that significantly improves subject detection and tracking performance.  This new technology can quickly activate a large number of AF points surrounding a subject – approximately 7.5 times more density than the α6000 – and intelligently adjust them in accordance with the subject’s motion.  This is a particularly powerful feature when used with high-speed 11 fps continuous shooting or the new 8 fps continuous live-view mode, which provides 100% accurate framing for fast moving subjects on the LCD screen or viewfinder.

Of note is the fact that the camera’s 425 phase detection AF points, enhanced tracking and focus accuracy are all available on the α6300 when using A-mount lenses4 with a mount adaptor like the Sony LA-EA3.  This is a first for Sony E-mount interchangeable lens cameras with an APS-C sized sensor, as the only other cameras to feature this capability are the full-frame α7R II and α7 II models.

Other enhancements to the α6300 include silent shooting functionality the ability to use AF in focus magnifier mode, expanded flexible spot AF, Eye AF in AF-C mode and more.

In order to maximize efficiency and overall camera performance, the α6300 features a new 24.2 MP sensor that is an ideal match for its BIONZ X image processing engine.

The new image sensor employs copper wiring in its structure, which improves light collection efficiency and significantly accelerates readout speed. The BIONZ X processor features an upgraded image processing algorithm designed to maximize the sensor’s overall capabilities.  Together, the two key components work together to produce images with low noise and exceptional resolution in sensitivity settings up to ISO512003, in particular in the mid-to-high sensitivity range.

In another first for non-full-frame Sony interchangeable lens camera, the new α6300 offers internal 4K movie recording in Super 35mm format.  When shooting in 4K, the camera uses full pixel readout without pixel binning to collect 20 megapixels of information – approximately 2.4×5 (6K equivalent) as many pixels as 4K UHD and then oversamples the information to produce high quality  footage with exceptional detail and depth.

The camera utilizes the XAVC S codec6 during video shooting, which records at a high bit rate of 100 Mbps7 during 4K recording and 50 Mbps during standard Full HD shooting, ensuring maximum detail and clarity in both video formats.  Additionally, the camera will focus approximately twice as fast as its predecessor during movie shooting thanks to its new and improved AF system.  AF speed and AF tracking sensitivity are also adjustable for expanded creativity.

Also included on the new camera is a microphone line input that accepts external microphones and also supports XLR input with Sony’s XLR adapter kit, as well as Gamma Display Assist, a new function that allows users to monitor images or check focus when recording S-Log movies. The new model has enhanced Zebra functionality for greater exposure control.  Picture profile settings are available, as well as Time Code / User Bit and much more.

The α6300 camera is equipped with a high contrast, high-resolution XGA OLED Tru-Finder with approximately 2.4 million dots that offers exceptional corner-to-corner visibility.  There is also a new mode available for the viewfinder that allows display of images at 120 fps, ensuring that action is displayed smoothly with very few afterimages, making subject tracking through the Tru-finder easier than ever.

Aesthetically, the new α6300 camera features an extremely solid feel in hand thanks to its robust, magnesium alloy design.  It can be customized to fit nearly any shooting style or preferences, with 9 customizable buttons that one of 64 different functions can be assigned to.  The camera adds a digital level gauge as well as upgraded dust and moisture resistance10, a reinforced lens mount structure and a new shutter release button and mode dial with improved operability and grip.

The new α6300 camera is Wi-Fi® and NFC compatible and fully functional with Sony’s PlayMemories Mobile™ application available for Android™ and iOS platforms, as well as Sony’s growing range of PlayMemories Camera Apps™, which add a variety of creative capabilities to the camera.  It also supports QR code for easy connection to non-NFC smart phones.

A variety of exclusive stories and exciting new content shot with the new α6300 camera and other Sony α products can be found at www.alphauniverse.com , Sony’s new community site built to educate, inspire and showcase all fans and customers of the Sony α brand.

The new content will also be posted directly at the global Sony Photo Gallery and the Sony Camera Channel on YouTube.

1.      Among interchangeable lens cameras equipped with an APS-C sized sensor as of February 2016, based on Sony research.  Measured using CIPA-compliant guidelines and internal method with an E PZ 16-50 F3.5-5.6 OSS lens mounted.  Pre-AF off and viewfinder in use.

2.      Among interchangeable lens cameras as of February 2016, based on Sony research

4.      A-mount lenses with SSM or SAM only. Users can choose phase-detection AF or contrast-detection AF in AF System menu.

6.      An SDHC/SDXC memory card with a Class 10 or higher speed rating is required for XAVC S recording

8.      Number of pixels required for Full HD movie recording is readout from the image sensor

10.   This camera is designed for optimal dust and moisture resistance, but is not waterproof or splashproof. For FE lens only