DPReview says “Sony’s Alpha 7R II breaks a lot of new ground in terms of photographic technology” from their first impressions review. They are also the first site having access to Sony’s new 14 Bit uncompressed RAW files and they published their test results.

A gallery of sample images taken with the Sony A7RII camera with the Sony FE 28-70mm f/3.5-5.6 lens can be seen on PhotographyBlog. 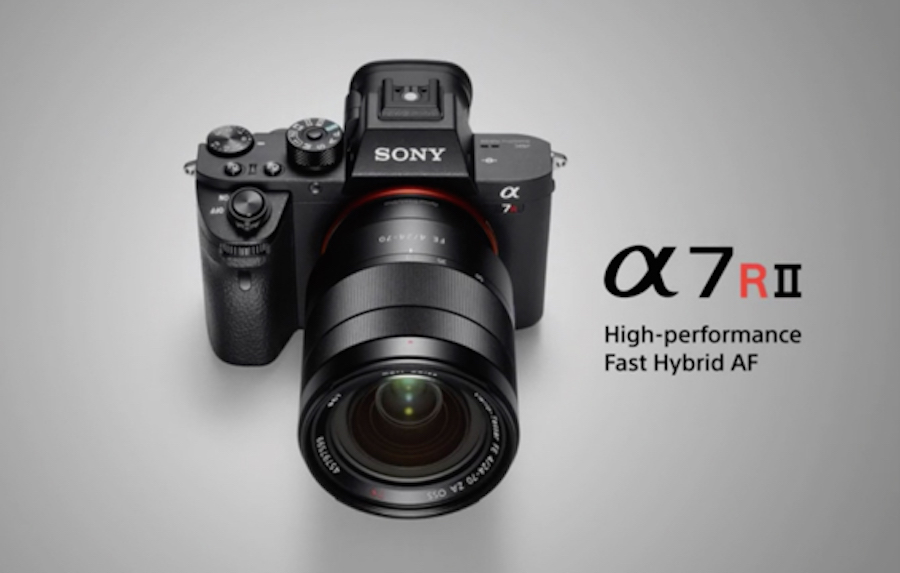 Chelsea & I take the a7R II to Peru and pit it against the Canon 5DS-R. We’ve also spent the last 7 weeks using it as our primary 4k video camera. In this video, we’ll tell you exactly who the a7R II is right for, and who might be happier with a different camera body.

Mike Tomkins at Imaging Resource posted the Sony A7R II Field Test Part I and said: “Object of desire: Sony’s flagship full-frame shooter is even better than ever!”

TheCameraStoreTV team posted their Sony a7RII Hands-On Field Test Part 1 With Kyle Marquardt. They compared Sony a7RII against Canon 5Ds R and say the Sony a7RII simply blows the Canon out of the water! But, Canon 5Ds R has much more accurate autofocusing on moving objects, so it still beats the a7RII for sports photography.

Looking at the a7R against the a7R II doesn’t reveal anything immediately mind-blowing. Linear resolution is increased by around 8%, but the differences go deeper than just a megapixel count. It may seem silly to focus at all on JPEG quality on such a heavy-hitting camera, but there are some changes worth mentioning. The JPEG engine for the a7R II shows great improvements over the a7R.
What difference does BSI technology make? Compared to the a7R there’s already an immediate difference. In fact, the gain is nearly a full stop over its predecessor. At 51,200, the maximum for the Nikon D810, the a7R II is again ahead by roughly one stop. Interesting, but what if the sensor is bigger and gathers more light, like the sensor in the Pentax 645Z? Almost unbelievably, they’re right on par with each other.

Engadget tested the A7rII and below is their conclusion:

The A7R II held its own for the most part — despite not really being designed as a pro-level sports cam. I wish write times were peppier and hopefully Sony’s designers find ways to cram a bigger battery and, perhaps, a second memory card slot into this line’s compact frame. But overall, I came away impressed with how far Sony’s come with this line. Both the A7 bodies and first-party lens lineups are steadily improving. And thanks to the company’s rapid pace of deployment (six new models in two years) it seems like we’ve finally reached the point where “pretty damn good for a mirrorless camera” has turned into just “pretty damn good.”

I used to shoot with Canon, Nikon and Fujifilm. All of those have their advantages (well, except for Canon), but none of those camera manufacturers have come this close to a perfect camera. The A7RII is small, light and sturdy. It feels great, sounds nice and shoots wonderful pictures. Its EVF is by far the best I’ve seen and the autofocus is better than ever.