Sony is rumored to announce several new lenses for both A-mount and E-mount cameras at Photokina Show which will begin on September 16.

The Sony G Macro lens which has been revealed previously on the company’s FE-mount roadmap is now rumored to become official during the Photokina 2014 event.

Previous rumors revealed that the Sony G macro lens on the FE-mount roadmap is the model which features a 90mm focal length. So we can expect the lens refers to a Sony G 90mm macro. 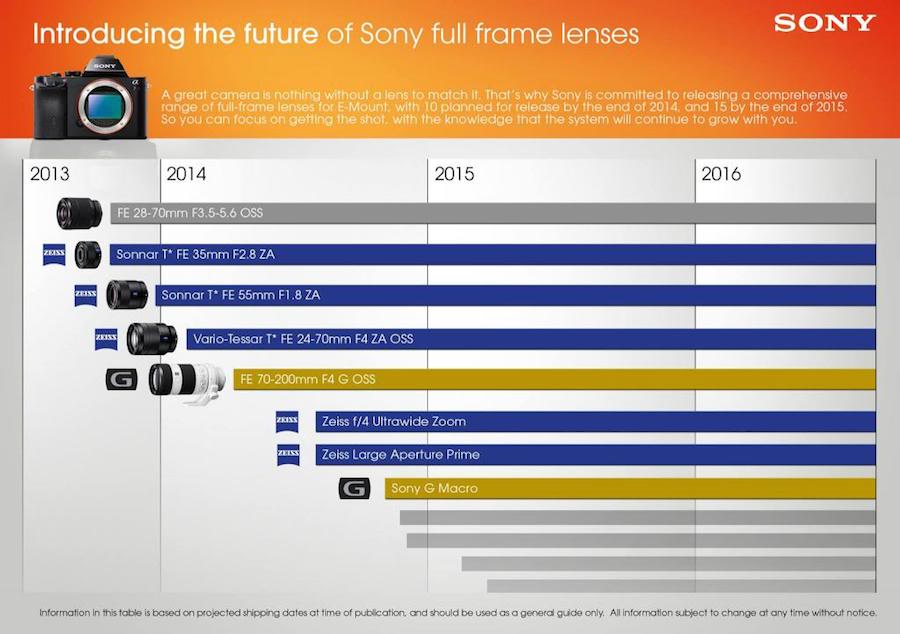 According to SonyAlphaRumors with a rating of SR3, a Sony 90mm macro lens will be announced for E-mount full frame mirrorless cameras at the upcoming event. The SR3 refers to a 50% chance the rumor is correct.

For the world’s largest digital imaging event, we can expect Sony to announce a wide angle zoom, standart zoom and a fast prime lens as mentioned in Sony’s roadmap.

Sony already launched a teaser for the upcoming Zeiss FE 16-35mm f/4 ZA OSS wide-angle zoom lens. The rumor mill updated the list for the Sony FE PZ 28-135mm f/4 G OSS lens which is coming alongside the wide-angle lens. There is another possibility that Sony might announce a 85mm f/1.4 prime lens for FE-mount camera users.

Finally we’ll see if the company will announce or not the model that is labeled as “Sony G Macro” on the official roadmap at Photokina 2014.