Panasonic Lumix DMC-ZS40 is equipped with Wi-Fi and NFC and provides a 30x zoom range (24-720mm equiv), an 18.1 megapixel sensor, and a built-in electronic viewfinder. 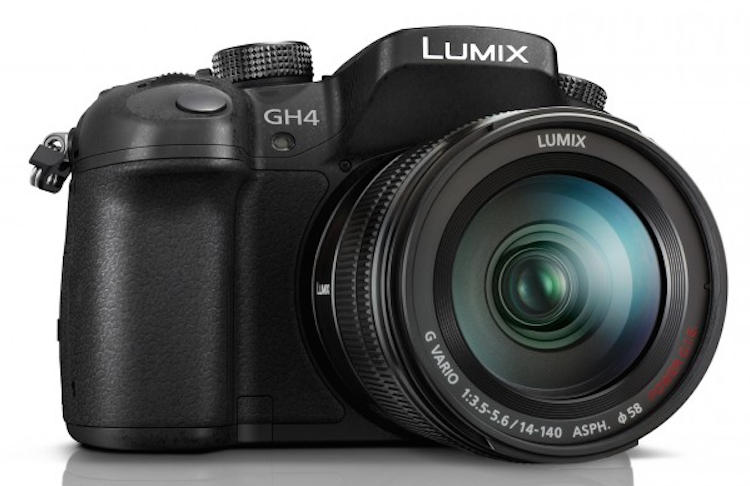 April 2014 – Panasonic would like to announce that it has been awarded two prestigious 2014 TIPA awards, widely recognised as one of the most coveted photo and imaging accolades worldwide. The Panasonic LUMIX DMC-GH4 has been awarded ‘Best Hybrid Photo/Video Camera’ and Panasonic’s LUMIX DMC-TZ60 ranked first as the ‘Best Superzoom Camera’.

Michikazu Matsushita, Managing Director of Panasonic Consumer Marketing Europe, said, “We go to great lengths to ensure our digital cameras deliver the best photographic experiences possible. Since 2008, when we introduced the world’s first Digital Single Lens Mirrorless camera, we’ve pushed the boundaries of interchangeable lens photography with our LUMIX G ecosystem, producing the widest range of DSLM lenses to be used with lightweight and compact bodies, when compared to the DSLR system. It’s great to see that our efforts of removing the gap between consumer and professional video cameras, by providing an affordable camera with 4K video recording capabilities and outstanding still image quality, has been rewarded by such a renowned association.”

“It’s also a real privilege for one of our compact cameras, the TZ60, to be presented with the ‘Best Superzoom Camera’ title which proves our commitment to developing award winning cameras to meet consumer demand in the high-end compact market. We’re honoured to again be recognised by the respected international journalists that judge the TIPA awards.”

A TIPA jury spokesperson commented: “The Panasonic GH4 is a mirrorless 16 MP Live MOS Sensor camera housed in a magnesium alloy body that can record 4K video. It has a newly developed Venus Engine processor that has been enhanced with a quadcore CPU to handle the high data rate. While the GH4 can be thought of as a pro video camera, especially when coupled with the dedicated LUMIX DMW-YAGH pro workflow module, it can also deliver up to 12 frames-per-second still recording with burst rates of 40 when shooting RAW and 100 in JPEG. The Live-View OLED Finder (LVF) has a remarkable 2.359 million RGB dots, while the monitor has 1.036 RGB dots, both of which make for clear and vibrant viewing.”

A TIPA jury spokesperson commented: “The Panasonic TZ-60 is lightweight, at about half a pound, and comes in a very compact form factor (4.3 x 2.5 x 1.35 inches) for a camera with a 30X (35mm equivalent: 24-720mm) Leica integral lens. The camera has an 18 MP MOS sensor with a 3 inch Live View LCD plus an electronic viewfinder with 100% field of view. It offers RAW format plus video recording, focus peaking and advanced HYBRID O.I.S.+ (Hybrid Optical Image Stabilizer Plus), to effectively suppresses hand movement in both photo and video recording, essential in a small camera with this type of zoom range. The TZ60 also has a built-in flash, plus WiFi, GPS and NFC capability.”