The new Lumix GH4 micro four thirds shooter which is the world’s first compact system camera to feature 4K video recording and body only priced for $1698.00.

The new GH4 achieved a DxOMark a score of 74 points and it becomes the best rated micro four thirds camera yet although it beats the OM-D E-M1 by 1 point margin only.

As the DxOMark says the camera is a “Heavyweight contender“. See the comparison tables and conclusion below. 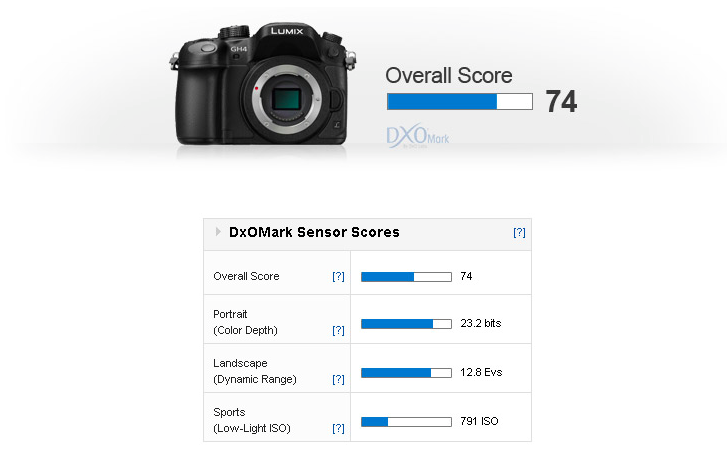 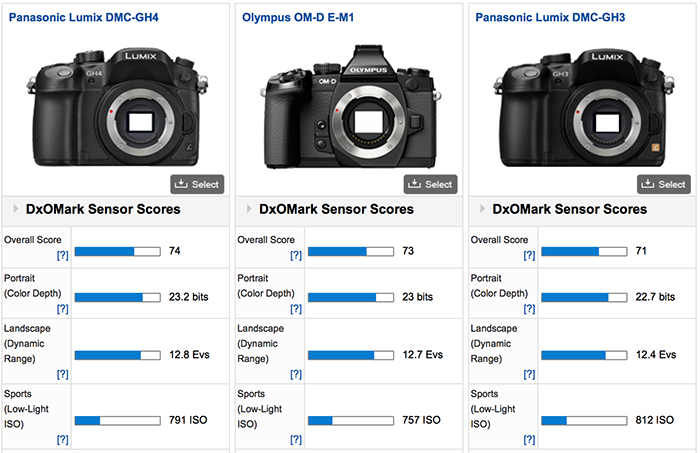 The sensor performance is on a par with the highly regarded Olympus OM-D E-M1 and is competitive when viewed against rivals using APS-C size sensors. Sony has yet to revise the aging NEX-7 though the new full-frame Sony A7s looks as though the firm is tempted to build more video-centric models. However, for the time being at least the hybrid GH4 looks like a formidable contender for both stills and video users.

The new Panasonic GH4 body price is $1,698 in US. See the availability from the links below.