Canon has announced the production of 70 million EOS-series interchangeable lens cameras. The company also mentioned that 75% of the professional photographers covering the Super Bowl were using Canon cameras and lenses. See the text from the press release below.

The sidelines of the big game were lined with photographers using Canon EOS Digital SLR cameras and iconic white lenses. Canon is honored that more than 75 percent* of professional photographers covering the game utilized Canon DSLR cameras and EF lenses to capture and share the memorable moments of the gridiron matchup. Canon broadcast lenses were also used extensively to deliver the game to more than 111 million television viewers. 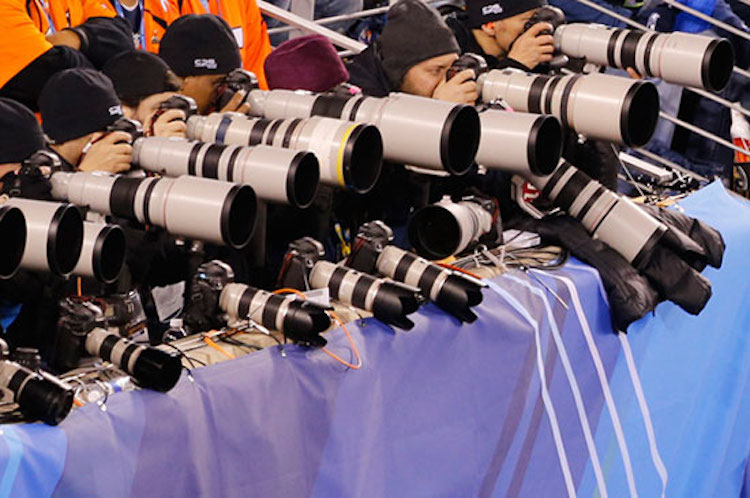 EOS, which stands for “Electro Optical System,” also carries the name of the Greek goddess of the dawn. Introduced in March 1987 as a new generation of AF SLR cameras, EOS cameras were the world’s first to incorporate an electronic mount system enabling complete electronic control not only between the lens and body, but throughout the entire camera system. 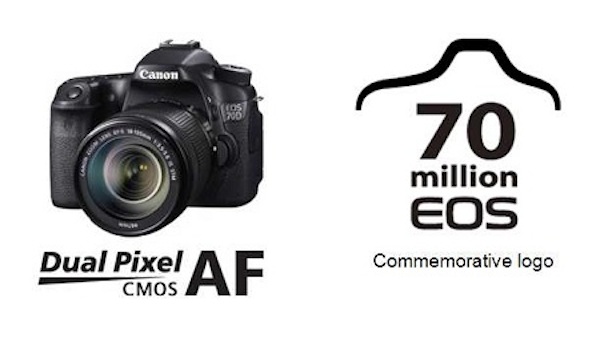 Based on the key concepts of high-speed and ease of use the EOS-series 35mm SLR cameras, including the top-of-the-line professional-model EOS-1 camera released in 1989 and the popular compact, lightweight EOS Rebel introduced in 1990, continued to incorporate innovative technologies and gained acceptance from a wide range of users. As digital SLR cameras gained increasing popularity starting in 2000, Canon developed advanced technologies such as its proprietary CMOS sensors and high-performance DIGIC digital image processors, as well as an extensive lineup of EF lenses, in an effort to fulfill the company’s key concepts of high-speed, ease of use, and high image quality. Currently, Canon offers a broad product lineup that helps serve the needs of users of all skill levels.

Among the new Canon cameras that contributed to the realization of the 70-million-unit production milestone are the EOS 70D, featuring innovative Dual Pixel CMOS AF technology, and the EOS Rebel SL1, the world’s smallest and lightest digital SLR camera*, which combines a ground-breaking compact, lightweight body design with advanced basic performance.

EF lenses for Canon EOS-series interchangeable-lens cameras are also on track to realize a major milestone as cumulative production is scheduled to pass the 100-million-unit mark in 2014.

Based on its core optical technologies, Canon will continue to refine its diverse imaging technologies while striving to produce superb and reliable lenses and cameras that cater to the varying needs of photographers – from first time users to advanced amateurs and professionals – while contributing to expanding the culture of photographic and video imaging.