Sony will announce a compact camera named RX10, along with the Sony A7 / A7r full frame cameras on October 16. The Sony RX10 digital compact camera is rumored to have a 1 inch sensor inside with a fixed 24-200mm f/2.8 lens.

Previously the upcoming Sony DSC-RX10 camera expected to have an APS-C sensor inside to compete against the Nikon Coolpix A,Fujifilm X100s and the compact point and shoot fixed lens Ricoh GR camera which are mostly APS-C sized sensor cameras. Now rumors as SAR posted recently shows that the Sony RX10 will have the same 1 inch sensor as Sony RX100 series cameras. 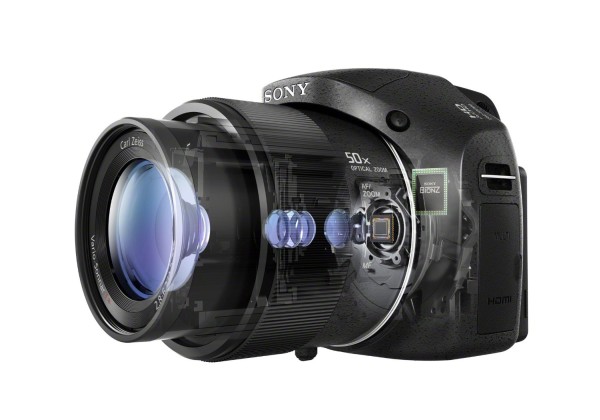 Sony RX10 will feature a fixed 24-200mm f/2.8 zoom lens which has an aperture ring that can be selected to be “smooth” or with “clicking steps” that doesn’t collapse.

The size of RX10 is about same as the Sony HX300 and the new RX10 expected to be the first RX camera with built-in EVF. Sony Rx10 looks like a new entry-level RX series camera according to its name but the good specs list makes the camera like its the Sony RX200 🙂

The new Sony RX10 camera will be availabe for pre-order after the announcement. The price expected to be around $1,298.00.