The AF 50mm F1.4 FE is a versatile, standard AF lens that has been loved by many mirrorless camera users for the last 5 years. To celebrate its 50th anniversary, Samyang launches the AF 50mm F1.4 FE II which will become a new standard for standard lenses. 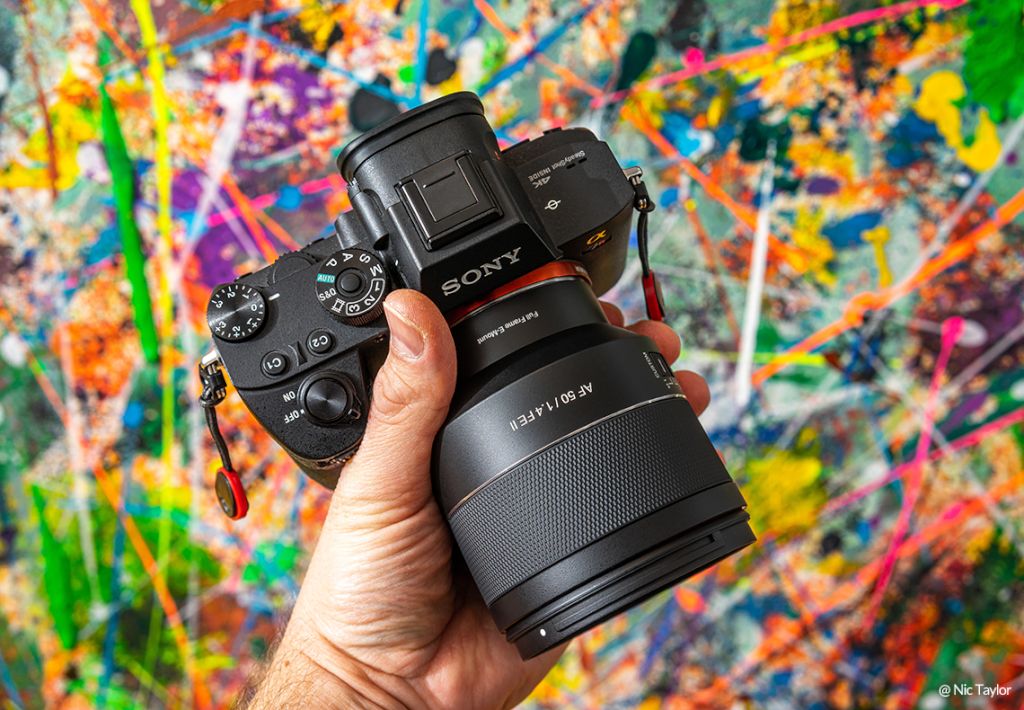 Thursday 4th November, 2021, Seoul, South Korea: Samyang Optics (CEO Hwang Choong-hyun), a global optical brand, announces the AF 50mm F1.4 FE II, designed for E-mount 35mm full-frame and APS-C mirrorless cameras.
Renewal of Samyang Optics’ First Auto Focus Lens
This year, Samyang Optics is celebrating the 50th year since foundation and is marking the landmark occasion with the launch of several lenses, including its first-ever Zoom (AF 24-70mm F2.8 FE) and now the new AF 50mm F1.4 FE II. This new lens is the 2nd edition of the original AF 50mm F1.4 FE, which itself was the first autofocus lens that Samyang released, back in 2016.
Originally a manual focus lens specialist, Samyang expanded its line-up to include autofocus models in 2016, with the AF 50mm F1.4 FE and AF 14mm F2.8 FE, whilst celebrating its 45th anniversary. After 5 years of in-depth research and communication with customers, Samyang is meeting the demands of more photographers by launching the AF 50mm F1.4 FE II (second edition).
With lens standards constantly being updated, the Samyang AF 50mm F1.4 FE II lens is set to be in huge demand. Although there are many similar focal lengths already on the market, Samyang has taken additional steps to innovate: The AF 50mm F1.4 FE II is the smallest and lightest among all the large-aperture standard 50mm focal length lenses compatible with the Sony FE mount.

Smallest & Lightest Large-Aperture Standard Lens
The AF 50mm F1.4 FE II is the smallest (88.9mm/3.5in length) and lightest (420g/14.8oz weight) among all the large-aperture standard 50mm focal length lenses compatible with the Sony FE mount.
Excellent resolution in all areas of the image
The AF 50mm F1.4 FE II (Large-Aperture Standard) lens delivers a 45.7˚ angle of view for full-frame & 31.1˚ for APS-C, as well as a bright maximum aperture of F1.4, as preferred by full-frame camera users. In particular, optimum resolution is achieved through the optical design of 11 elements in 8 groups (2 U-ASP, 3 HR, and 1 ED). Combined with Sony’s full-frame image sensor, this lens delivers superior sharpness and contrast in all areas of the image.
Fast and quiet AF performance
Tracking the subject accurately and quickly, the AF also operates quietly and smoothly when shooting video. Samyang’s Linear STM (Stepping Motor) satisfies both photographers and videographers with quieter and more accurate control of the focusing lens groups.
Impressive background blur and bokeh with bright F1.4 aperture
The AF 50mm F1.4 FE II uses a large-diameter aperture to provide smooth background blur. It effectively separates the subject from the background, using a shallow depth of field and adding drama to the scene. The 9 diaphragm blades create smooth and natural bokeh with light splitting.
Less Breathing for Shooting Video
The AF 50mm F1.4 FE II has minimized focus breathing, so there is almost no change in the angle of view when focusing and therefore less screen shake. This is effective when shooting movies with the subject moving forward or backward, or focusing from the front or back.
Enhanced usability with custom switch
There is a custom switch, which can be set allow adjustment of the aperture by rotating the focus ring. Using the optional Lens Station, you can setup the mode to suit your own preference*.
* More functions will be added through firmware updates in the future
Short minimum focal distance
The minimum focal distance is just 0.40m (1.31ft), so it is versatile and possible to produce a unique perspective close to the subject. This makes it easier to take close-up and dramatic shots of food, portraits and nature.
Weather-Sealing design
The usability of the AF 50mm F1.4 FE II lens has been developed and enhanced, taking into consideration not only the design but also the user’s shooting environment. It has a micro-patterned rubber focus ring, so feels great to operate and weather-sealing also protects the lens from light rain, snow and dust.