Bright f/0.95 maximum aperture balances a compact design with lens speed for working in difficult lighting conditions and controlling depth of field. More details about the 7Artisans 25mm f/0.95 lens can be found below. 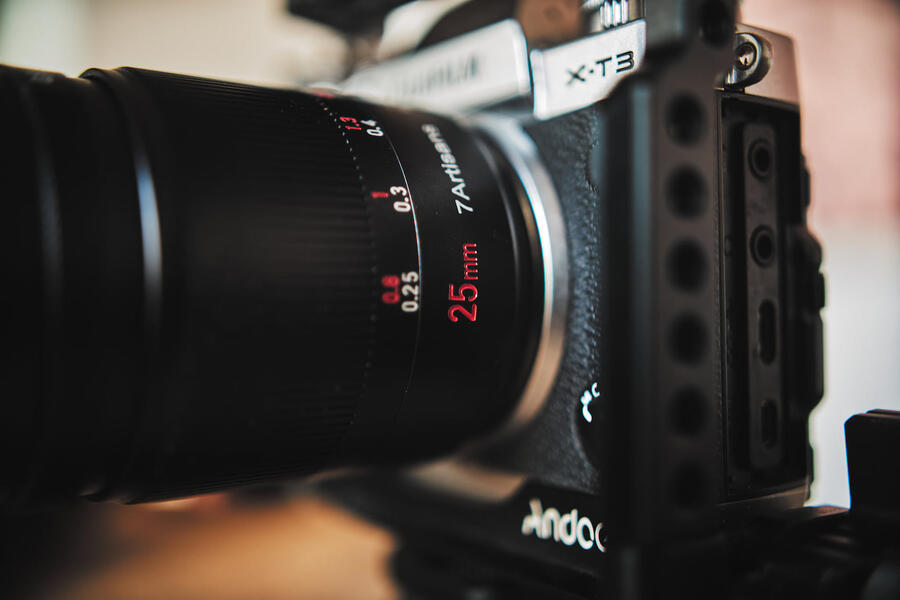 Seven Craftsmen is about to release a new product “25mm F0.95 APS-C” large aperture wide-angle lens, which together with the recently released 50mm F0.95 and 35mm F0.95 form the “Firefly” series, featuring a super-large aperture as its main feature.

This is a half-frame lens suitable for shooting small scenery and environmental portrait content. The supported mount is E/Z/X/M43/EOSM/R/L (R/L mount will be available later in the evening). The new product is expected to open at the end of September The price will be announced later.

The picture quality is excellent, and the large aperture also has excellent resolution.
25mm F0.95 APS-C lens adopts 11 optical structures in 9 groups, all of which use HOYA high-quality lenses, which also contain three HOYA ultra-low dispersion lenses to suppress Spherical aberration and coma aberration negatively affect the resolution performance, and can reduce color overflow caused by axial dispersion, thereby improving the image quality of shooting with a large aperture and increasing the resolution of the lens.

25mm focal length, the small wide angle accommodates more details.
Different from the commonly used 35/50 focal length, the new product released this time selects 25mm, which is a small wide-angle large aperture model that is rarely seen in the market for half-frame lenses. As a small wide-angle lens, it can accommodate more landscapes and details when shooting. It is especially suitable for travel photography, and it can better integrate with the landscape when shooting portraits. Sharp images and soft blur effects make it an excellent choice for a variety of scenes, from landscape portraits to still lifes.

F0.95 super large aperture, enjoy the beautiful blur
F0.95 super large aperture has great advantages when shooting in low light conditions. The larger amount of light can make the viewfinder brighter and easier for the photographer to observe the subject. And compared with the same focal length small aperture lens can have a faster shutter, lower ISO, better night scene performance. At the same time, the shallow depth of field created by F0.95 can achieve the knife-sharp milking effect most players want. The picture is more transparent, the colors are more vivid and vivid, and the picture is more full and vivid than the small aperture lens, and players can enjoy To the rich photography pleasure.

The breathing effect is small, and the stepless aperture is better.
25mm F0.95 has better control of the breathing effect than other models, especially the breathing in the center of the screen is very slight. The lens adopts a stepless aperture design, which can complete a very smooth aperture change when shooting videos without the sound of aperture switching. At the same time, the focus ring and aperture ring of the lens have moderate damping, smooth and smooth, and good control. The lens is a good choice for video shooting.

All metal material, wear-resistant and corrosion-resistant.
The mechanical structure of the lens is made of metal parts. The new housing oxidation process makes the wear resistance, oil stain and corrosion resistance stronger, and it is not easy to absorb dust, making cleaning difficult. At the same time, the bayonet part is upgraded to be more robust and durable, and the color and texture of the electroplated tungsten steel is better.