Leica adds in-camera perspective correction feature to its M10-P, M10-R and M10 Monochrom cameras. With the release of the new firmware updates for Leica M10-R, M10-P and M10 Monochrom the company introduces an exciting feature: the Leica Perspective Control function, abbreviated as LPC.

Having installed the update, owners of the above-listed cameras are able to activate the Perspective Control function – which uses the camera’s integrated orientation sensors to recognise whether it is being held in a straight position, or tilted upwards or downwards. On the basis of this information, the function uses computational imaging to automatically correct receding lines – a common phenomenon that is especially bothersome in architectural photography. The term ‘computational imaging’ refers to the process of forming images with the aid of in-camera algorithms.

The M10-P comes in black or silver and black and will be available today for $7995. Check availability ar Amazon | B&H Photo Video | Adorama. 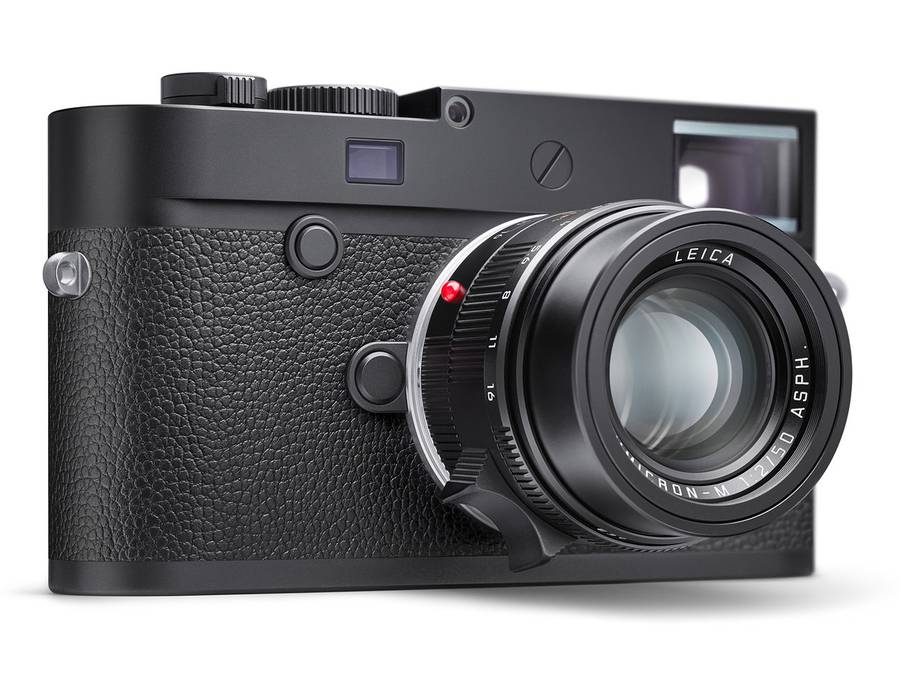 An auxiliary frame in the camera’s display shows how the image will be cropped in order to correct the perspective distortion. In the case of images recorded in DNG format, the raw data is stored unchanged while the corrections calculated by Perspective Control are written to the metadata. They are then applied automatically in Adobe Lightroom or Adobe Photoshop, or can optionally be discarded. For JPEG format images the correction occurs directly in the camera, and only the corrected image is stored.

In comparison to the manual distortion correction that is available as an alternative, Leica Perspective Control offers several advantages. Due to its automated nature, it is faster than the manual process. The ability to bring up an auxiliary frame of the corrected image prior to recording, as well as view corrected JPEG images immediately after they were captured, makes it significantly easier to determine the correct framing and most suitable lens. In addition, given that the corrections are based on the data collected by the camera’s orientation sensors (as opposed to the visible details of the captured image) it is also possible to rectify images that do not contain any straight lines.

To begin with, the new Leica Perspective Control function will be available for the camera models Leica M10-P, M10-R and M10 Monochrom. The firmware update containing this new feature can be downloaded free of charge at www.leica-camera.com, and installed by following the instructions provided.