Panasonic has released an updated lens roadmap for the Lumix S series of L-Mount lenses, including a new range of f/1.8 prime lenses, to join the new 85mm f/1.8 lens announced today. There are six new lenses added and one lens is actually removed (100mm f/2.8 macro).

“In addition to the four planned F1.8 large-aperture lenses, A 70-300mm telephoto zoom lens is also under development to further enhance LUMIX S Series lens line-up. Panasonic and L-Mount system alliance are committed to the development of L-Mount lenses for the further expansion of its line-up to fulfil the needs of customers.” 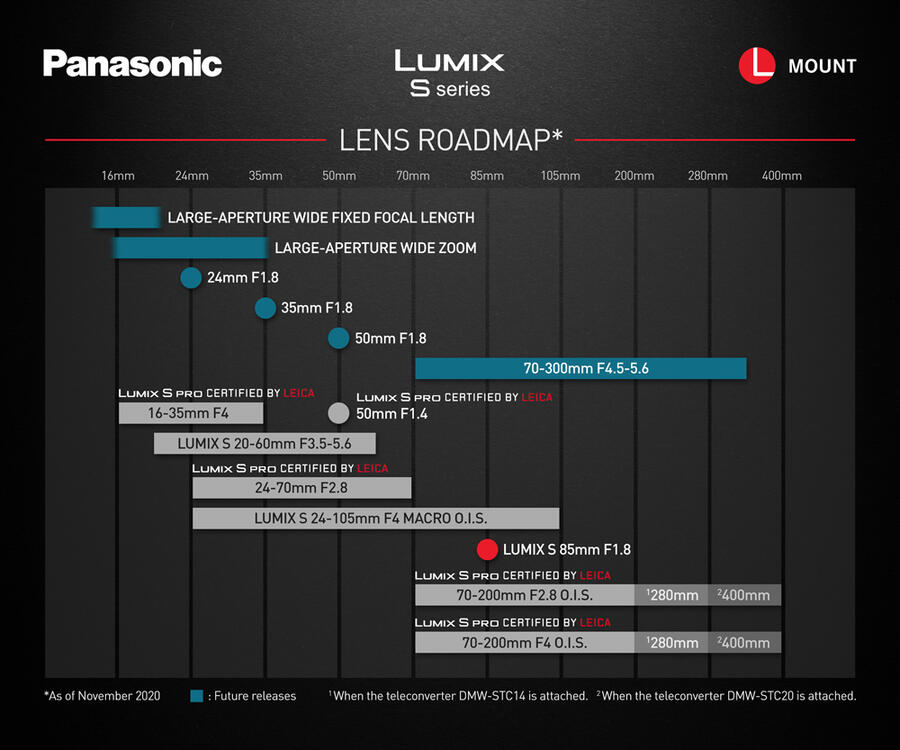 The new prime lenses listed are:

Also shown are a number of zoom lenses including: