Panasonic and Atomos announced that the Atomos Ninja V and Panasonic LUMIX S1H 5.9K RAW over HDMI combination has now been delayed due to an “unforeseen technical issue (that) has come to light in the final rounds of beta testing that needs rectification prior to shipping.”

Last year in 2019, Panasonic announced the development of a new firmware for Lumix S1H for 5.9K/29.97p and C4K/59.94p RAW Video Data Output to Atomos Ninja V. This firmware was originally scheduled to be released in early 2020.

Panasonic are still releasing Version 2.0 Firmware for the Lumix S1H camera today, but it will no longer include the RAW video data output function.

Panasonic has announced the change of the LUMIX S1H firmware update schedule due to technical issues yet to be resolved. The firmware version 2.0 will be available at the LUMIX Global Customer Support website https://panasonic.jp/support/g… on 25 May 2020 with the following updates. The RAW video data output function will be separately provided in the next version of the firmware. The release date of the next version of the firmware will be announced shortly. We apologise for any inconvenience this may cause. 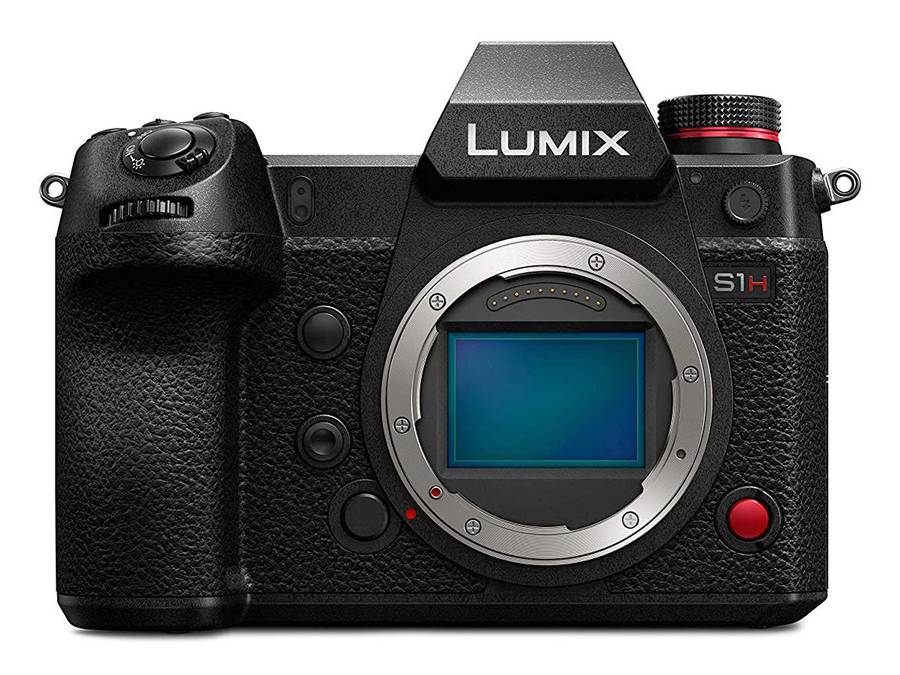 • In Creative Video mode, it is now possible to disable the operation of starting/stopping video recording by pressing a shutter button.

• In Creative Video mode, it is now possible to set [Rec Quality (My List)] from the control panel.

The value of noise reduction in [V-Log] in Photo Style has been expanded to [-1], designed to suppress ghosting or afterimages that could have previously occurred in some situations.

• It is possible to prevent the enlarged view window of MF Assist to be output over HDMI.

• There were cases where colour banding appeared in 4:2:0/10-bit video recording in some situations. This bug has been minimised.

• There were cases where the REC RUN time code did not count up when the video was not recorded on an SD Memory Card but was recorded on an external device over HDMI. This bug has been fixed.

• It is now possible to assign function to the Fn buttons of Sigma L-Mount interchangeable lenses.

• [Backlight Illumination Period] has been added to the menu of Status LCD. [ON1] prevents the LCD backlight to be turned off.

• It is now possible to select the card slot to save the JPEG images developed by in-camera RAW processing.

• [Off (Disable Press and Hold)] can be assigned to the Fn button. It disables operation when the button is long-pressed.

• The Fn button can be used for checking aperture effect while the button is pressed.

• There were rare cases where the camera froze during [Segmented File Recording] or during recording at 400 Mbps under a particular set of conditions including the type of SD Card used. This phenomenon has been improved.

• Aperture and shutter speed can be controlled using front/rear dials when the rear monitor is set to OFF.

• There were cases where F stop value control failed depending on the maximum F stop value when non-Panasonic L-Mount lens is mounted. This bug has been fixed.

– Apple and ProRes are trademarks or registered trademarks of Apple Inc. in the United States and/or other countries.

– All other company and product names are trademarks of their respective corporations.

– Design and specifications are subject to change without notice.

The firmware updates enabling the much-anticipated Atomos Ninja V and Panasonic LUMIX S1H RAW over HDMI combination have unfortunately been slightly delayed from the original 25th May release schedule, to ensure the highest possible level of RAW recording.

An unforeseen technical issue has come to light in the final rounds of beta testing that needs rectification prior to shipping. The companies are working together to complete the development as soon as possible. We apologise to our mutual customers waiting for the functions this release enables.

Please note that Panasonic will be releasing Ver 2.0 firmware on May 25th with various improvements to camera functions, however will not include the planned RAW HDMI output feature. Atomos will release its Ninja V AtomOS for LUMIX S1H HDMI RAW in-line with Panasonic’s RAW output firmware.