At the ‘X Summit’ in London, Fujifilm introduced the X100V with new 23mm f/2 lens and announced that the Fujifilm X-T4 will be unveiled later this month, on February 26th. Along with these updates the Fujifilm XF 50mm f/1.0 lens were on display at the show which the company says will be available later this year.

The new Fujinon XF 50mm f/1.0 R WR lens, which is the world’s fastest autofocus lens, joins the XF16mm f/2.8, XF 16-80mm f/4 and the XC 35mm f/2 lenses, bringing the total number of X-mount lenses to 35. There was a working prototype of the XF 50mm f/1.0 on display at the London X Summit and the lens features large-diameter lens elements as well as 2 ED lenses.

The Fujifilm XF 50mm f/1.0 R WR was originally going to be a 35mm F1.0 lens (52.5mm equivalent focal length), but Fujifilm pivoted to a 50mm F1.0 (75mm equivalent) design due to size, weight and autofocus speed considerations.It’s still a big lens when mounted on an Fujifilm X-T3 and comes with a 77mm filter thread and carries a ‘WR’ label for weather resistance. 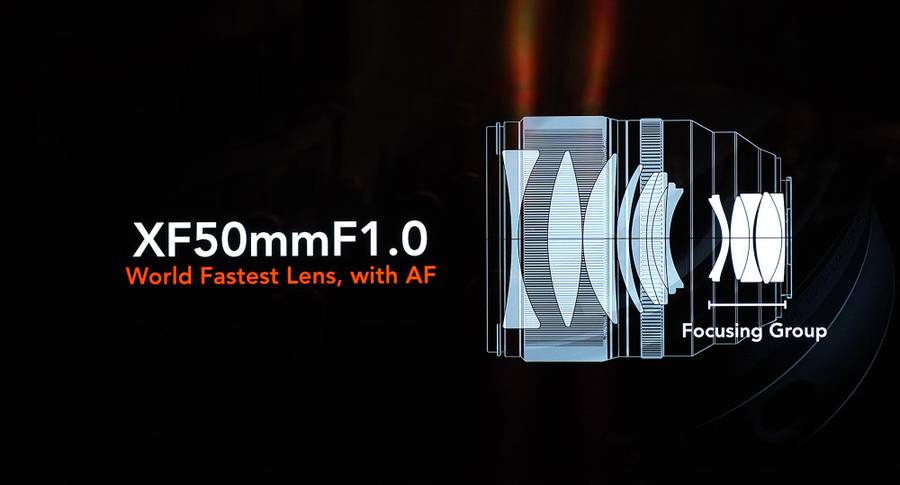 Three more XF lenses are due this year along (bringing the total to 38), with two more lenses for the GF lens line-up – the GF 30mm f/3.5 and the GF 80mm f/1.7. The GF 30mm f/3.5 is a compact wide-angle prime lens designed to be used for street as well as landscape photography while the GF 80mm f/1.7 is the fastest lens available for the large-format camera system and it’s ideal for shooting portraits.