Other key improvements offered by the X100V include a new tilting rear touchscreen LCD monitor, updated Advanced Hybrid Viewfinder, weather-proofing, the latest generation X-Processor 4, and 10-bit, 4:2:2 4K video up to 30fps and 1080p up to 120fps.

The addition of 4K video with F-log internal recording, alongside various capture aids and Fujifilm’s ‘Movie Silent Control’ system give the camera some serious video chops. Burst speeds of up to 20 fps with the electronic shutter and improved battery life completes the camera. 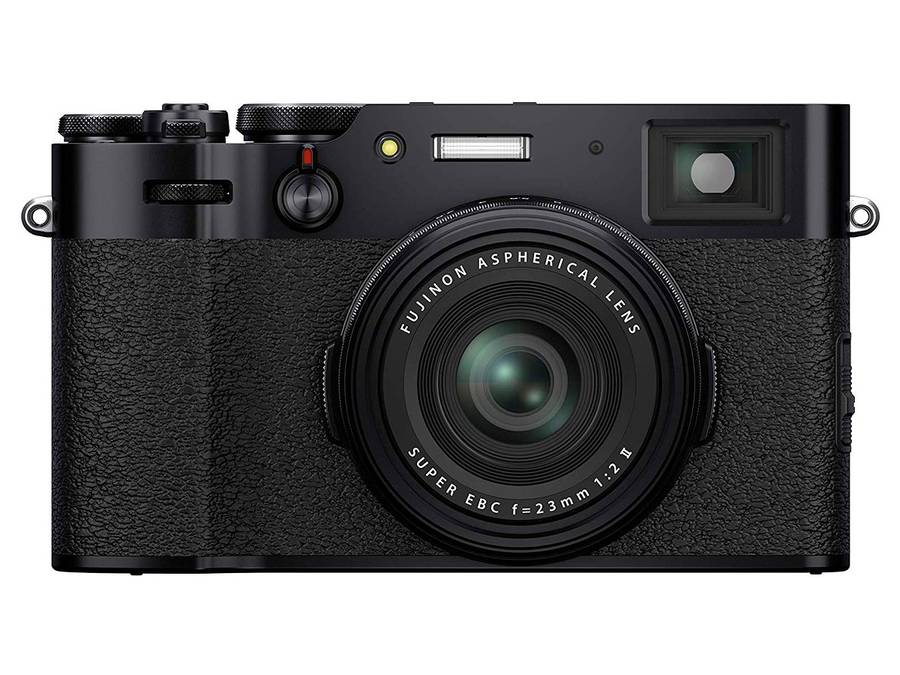 The fifth iteration in Fujifilm’s X100 Series, the X100V is a significant upgrade over previous X100 line models. Featuring a new 23mmF2 lens, advanced hybrid viewfinder, optional weather resistance*, and 2-way tilting rear LCD screen, among a host of other product line updates, the X100V also uses the latest generation X-Trans CMOS 4 sensor and X-Processor 4 to provide all creatives from professionals to everyday image makers with an easy to use, fully capable, and sophisticated tool that provides incredible image quality when shooting both stills and video.

Key features and improvements of X100V include:

X100V’s timeless body has top and bottom plates milled from single pieces of aluminum, which results in a refined and classic camera body with clean edges. Finished with a beautiful satin coating, slight enhancements have also been made to the camera’s grip, ISO dial, and lens barrel to make it incredibly comfortable to hold and operate. Weather resistance appears for the first time in the X100 line when the optional AR-X100 adapter ring and the PRF-49 protection filter are attached. Additionally, a new two-way tilting touchscreen LCD screen fits flush at the back of the camera and provides intuitive touch controls, unlocking even more possibilities for image-makers to see, frame, and create images. 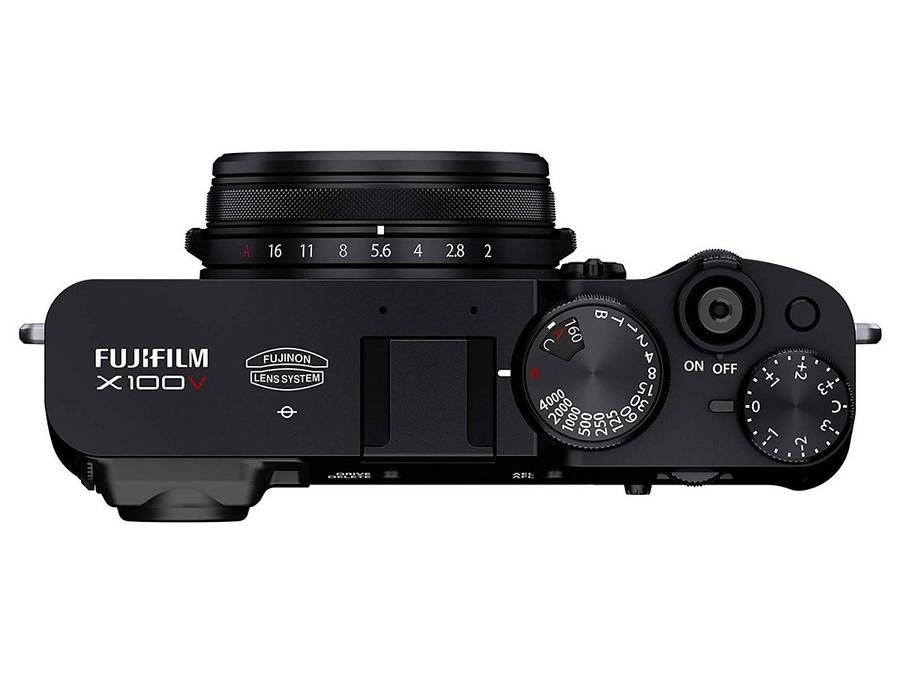 A new lens to make the most out of any image

X100V features a new 23mmF2.0 lens to ensure that every detail from its X-TRANSTM CMOS 4 Sensor is resolved beautifully. Designed for higher resolution, lower distortion and improved close focus performance, this lens is a significant upgrade from the design used on previous X100 cameras, while maintaining the same overall size and compatibility with legacy WCL/TCL conversion lenses, and retaining its internal ND filter that now features 4 stops.

At the heart of X100V is the state-of-the-art X-Trans CMOS 4 sensor and X-Processor 4 combination. The exceptional 26.1MP sensor uses a back-illuminated design to maximize quality and dynamic range, while its unique color filter array controls moiré and false color without the need for an optical low pass filter. Such outstanding imaging capability is complemented by the quad-core X-Processor 4. This powerful CPU not

only ensures images are quickly and smoothly processed, but also, thanks to a new algorithm, boosts AF performance with precision face and eye detection down to -5EV.

Two ways to see an image

X100V’s vastly improved hybrid viewfinder enables image-makers to quickly and easily choose between the 0.52x magnification optical viewfinder (OVF) or the 3.69M dot OLED electronic viewfinder to make their images. Offering 95% frame coverage, the OVF provides parallax-correcting frame lines to provide an uninterrupted view of the world, while the camera’s EVF delivers a real-time representation of the image as it is being made. The Electronic Rangefinder (ERF) function can also be selected to display a small EVF at the bottom right corner of the OVF, which gives image-makers another helpful tool as they frame and make their images. 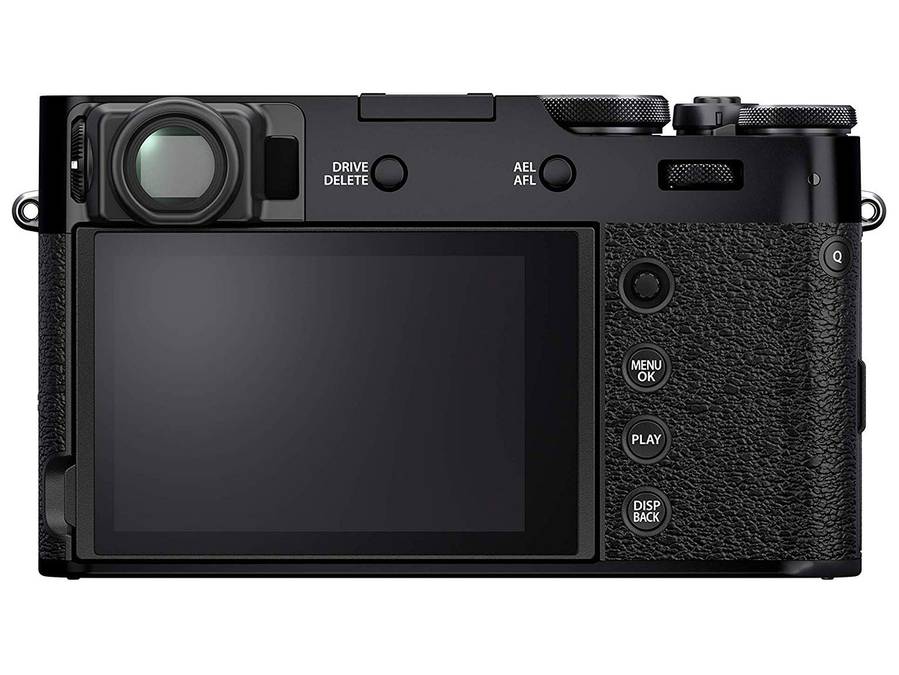 More than just a still camera

X100V offers the ability to record 4K video at up to 30 frames per second or capture 120 frames per second at 1080p to create super slow motion effects. Filmmakers needing extreme color fidelity can record 10-bit, 4:2:2 color externally via the HDMI port and leverage Fujifilm’s advanced color reproduction technology, to apply film simulations, like “Eterna”, to their video footage. Additionally, image makers can also incorporate numerous shooting functions, such as “Monochrome Adjustments” and “Color Chrome” to extend their creative visions directly to the footage being recorded.

Add a premium, genuine leather case (LC-X100V) to X100V to complement its classic design, while giving complete access to the camera’s battery and memory card without removing the X100V from its case.

X100V will be available in both black and silver and is expected to be available for sale in late February 2020 at a manufacturer’s suggested retail price of $1,399.95 USD and $1,799.99 CAD. For more information, please visit https://fujifilm-x.com/en-us/X100V.