Here are some accurate sketches of the upcoming Fujifilm X-Pro3 mirrorless camera. According to the drawings, the camera have no significant change over the current Fuji X-Pro2 ($1,699 at Amazon, B&H, Adorama). The only thing we are able to spot is the new tilting screen.

The highly anticipated camera could be set to feature a tilting touchscreen.  The addition of a tilting screen on the successor to the X-Pro2 would be quite welcome.

If there will be an addition like tilt screen, then it will have traditionally adhered to a different design ethos than its SLR-style cameras (like the Fujifilm X-T3 and Fujifilm X-T30).  Check out the possible Fujifilm X-Pro3 specifications. 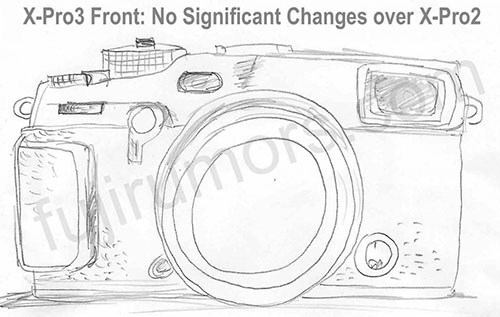 According to previous reports, the X-Pro 3 will likely have a 26.1-megapixel X-Trans sensor paired with the X-Processor 4 Pro with a Quad Core CPU (the same CPU found in the Fujifilm X-T3 and GFX 100). If Fujifilm has miniaturized their IBIS enough to fit into their system than it is highly likely that the Fujifilm X-T4 will come with this new feature in the future. 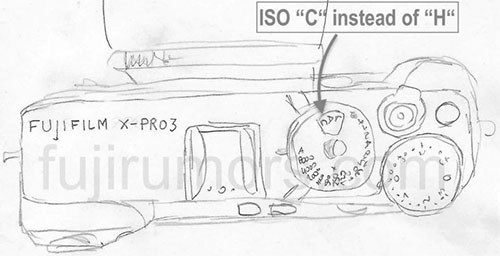 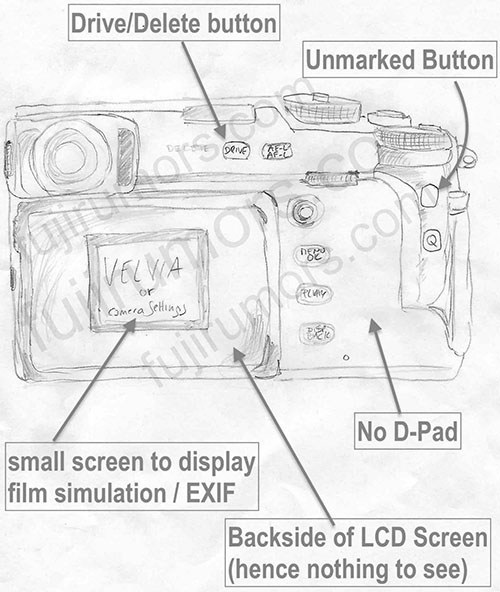