The camera spotted by Kinotika at CES 2019 and they published a video on Youtube about this (see below).  First specs of the Sharp 8K Micro Four Thirds camera is 8k video recording at 30fps in H.265 codec.

Full  specs and price information of this camera will be available in Q2 of 2019. Expect the official announcement at the 2019 NAB show 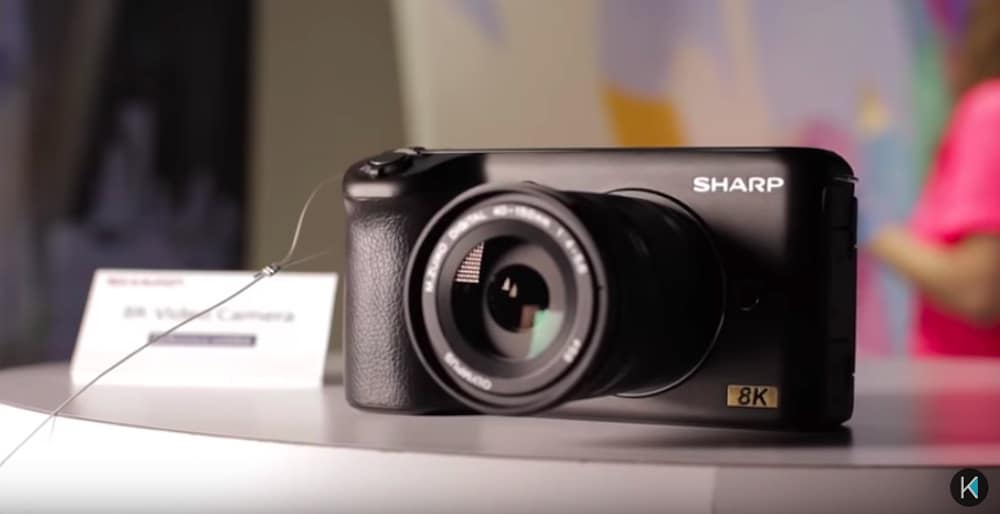 Here are several reports from the Consumer Electronics Show about Sharp 8K Micro Four Thirds Camera. Several prototypes of the Sharp MFT camera can be found in the videos below.