The latest details about the Sony A7S III full frame mirrorless camera. According to current rumors, the Sony A7S III camera can go through a significant increase in resolution on the sensor side.

More recently, Sony’s 36 megapixel full-frame 8K sensor has been leaked. As a result, the Sony A7S III can use the 36.4 MP BSI Multi-aspect Stacked CMOS Sensor mentioned in the gossip.

The Sony 8K sensor is designed for natural 8K for 60p at 10bit. From here we can say that the device to use the relevant sensor can capture 4K video at 480fps. For the Sony A7S III it was already mentioned that it could use the BSI Stacked sensor. The sensor with a resolution of 36.4MP is likely to appear in the A7S III for 480fps in 3840 x 1080 mode. More details after the break. 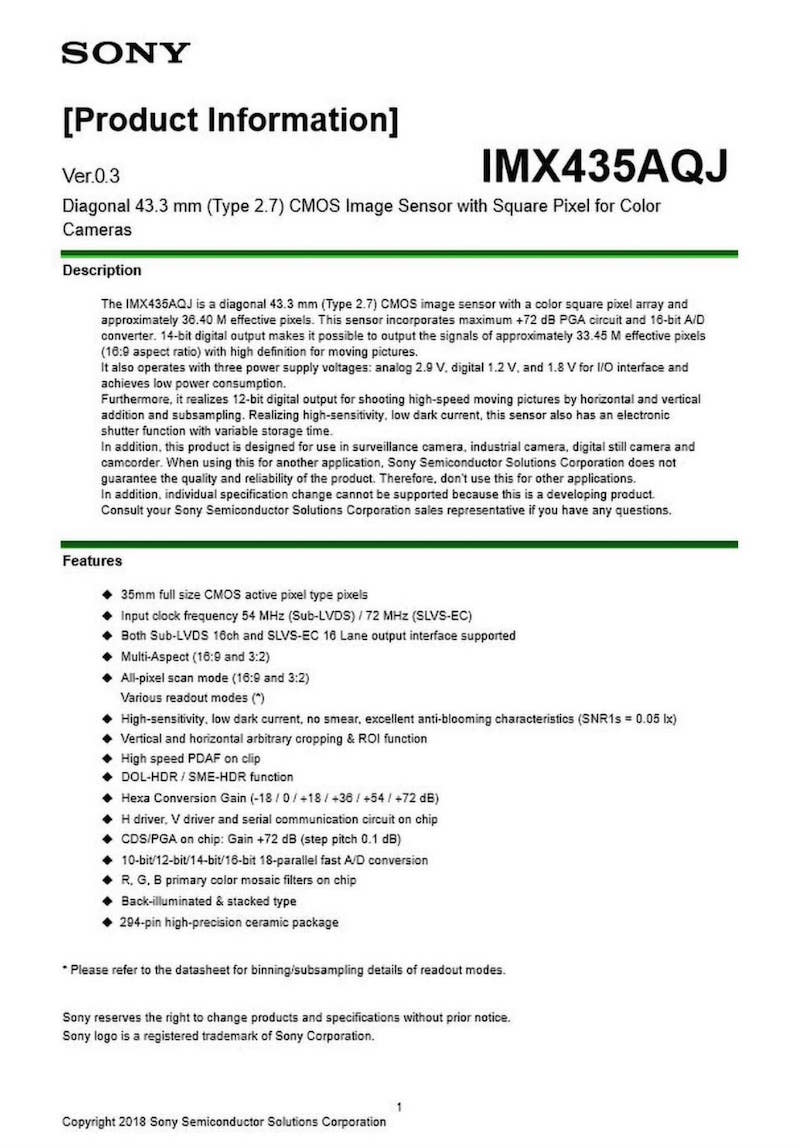 The new 36 MP full frame Sony 8K Sensor will be available under the code name IMX435AQJ. According to new details, the Sony A7S III, the low-light king in the Sony E-mount system, will use this sensor and is expected to be announced in the first months of 2019. Interestingly, Sony will also offer sensors to other camera manufacturers, which means that the 8K 36MP sensor can be seen in Panasonic full-frame cameras. The sensor is designed for native 8K at 60p in 10bit. The full list of readout modes is below: 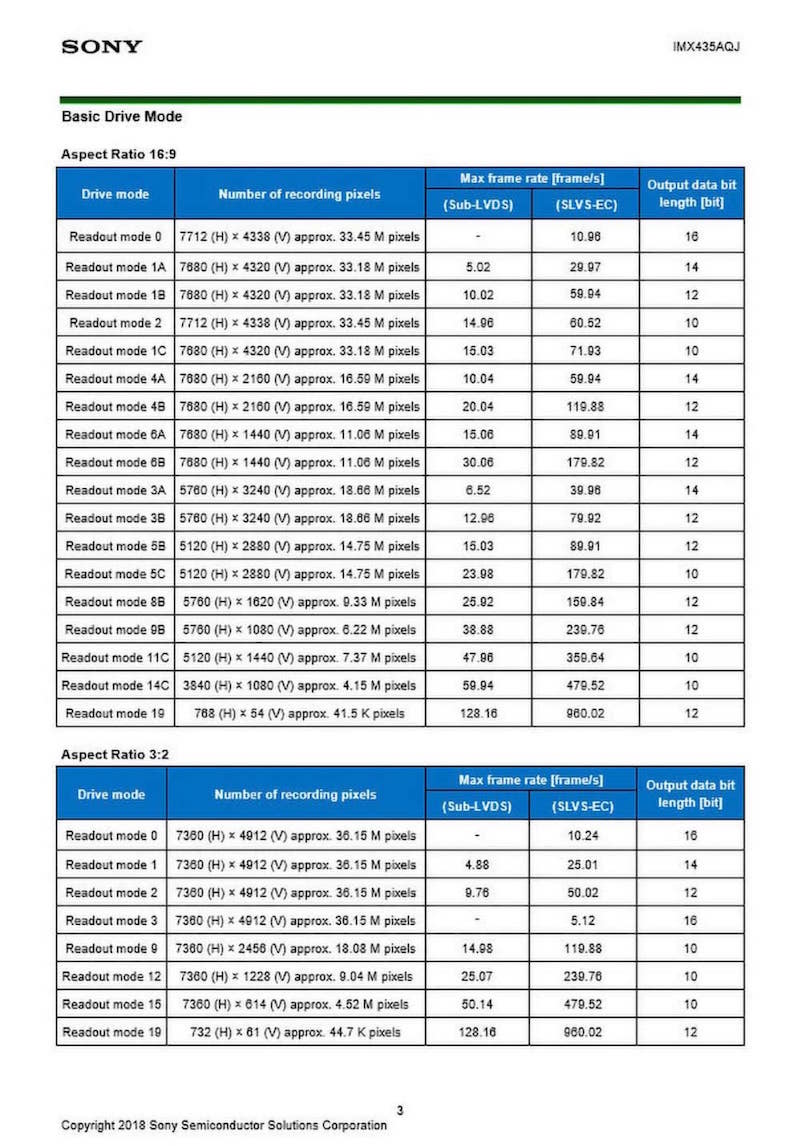 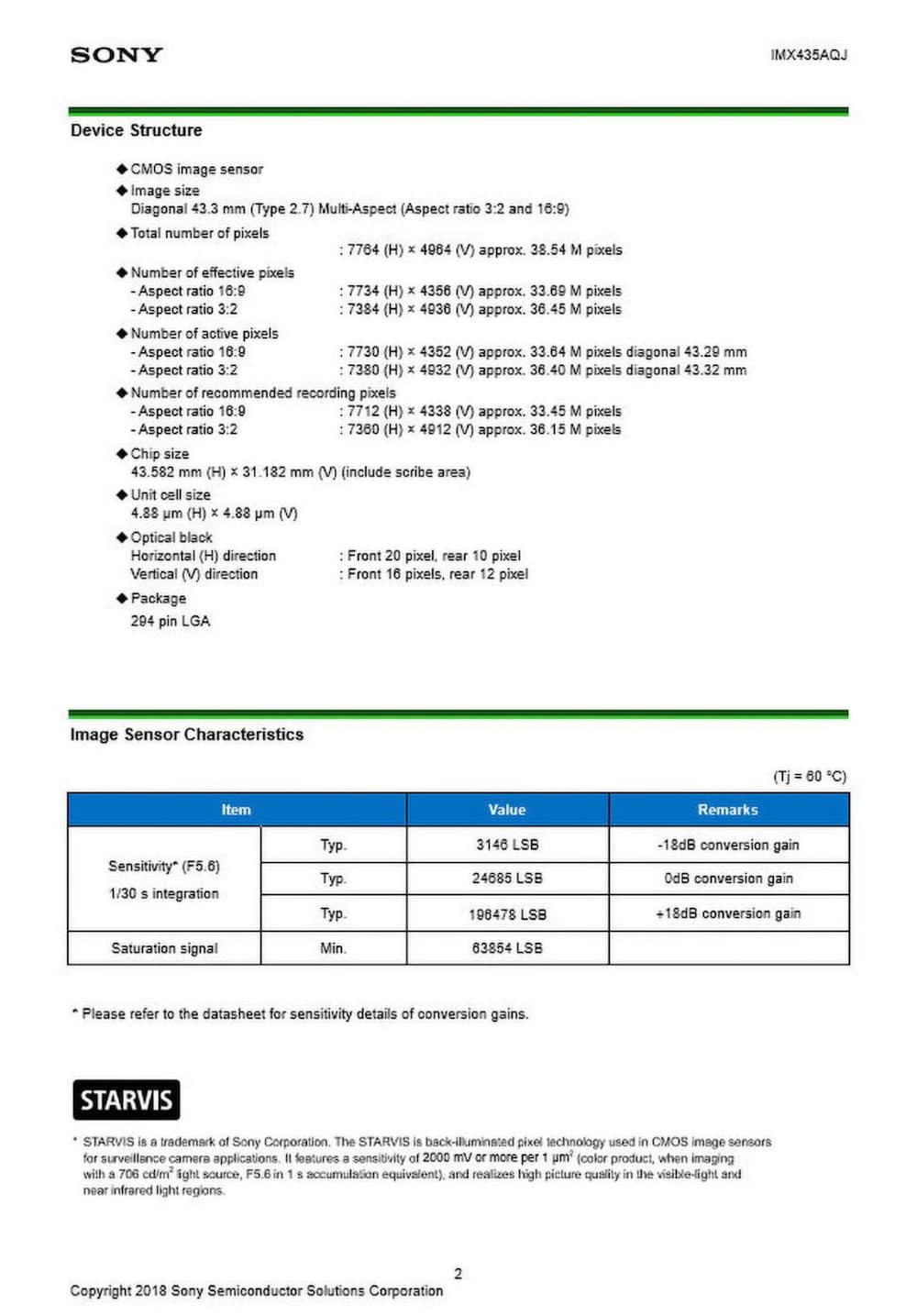 The 36MP sensor is a FAST sensor with chip-on AF, perfect for sporting at high continuous shooting speeds. So the company can also use it on the Sony A9 II. As always take it with a grain of salt and stay tuned with us for more information.