Fuji currently has the fast XF 56mm f/1.2 R lens which is an optically exceptional lens with a ridiculously wide aperture that gives you creamy background blur to enhance any portrait. It’s a perfect choice for shooting indoors, portrait and at night. The XF 33mm weather-sealed lens is equivalent to 50mm F1.5 on full-frame when mounted on an X-series body.

The company also has the fast XF 35mm F1.4 R and XF 23mm F1.4 R prime lenses which are a must-have optics for all X-Series owners. XF 33mm f/1.0 lens were on Fuji’s unofficial roadmap and rumored for almost 2 years. Now it’s confirmed that the lens has it’s way for production and to be announced in 2020. 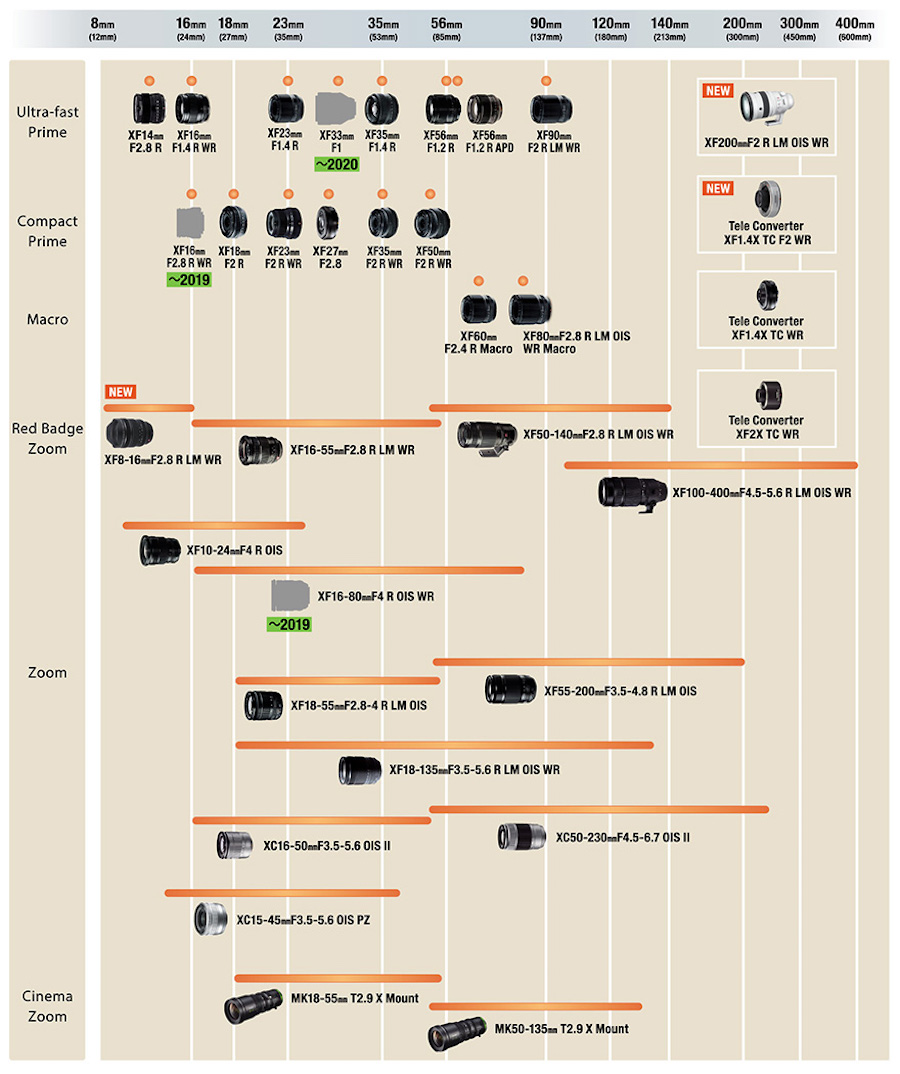 Also announced is the latest development roadmap of interchangeable lenses for the X Series line of mirrorless digital cameras. The latest roadmap adds three new lenses to the lineup: a compact wide angle lens, XF16mmF2.8 R WR, perfect for landscape and travel photography; a standard zoom lens, XF16-80mmF4 R OIS WR, which boasts a 5x zoom range with a broad focal range, providing a versatile lens capable of covering a wide range of shooting scenarios; and a large aperture prime lens XF33mmF1 R WR, an ultra-fast lens that stands to be the first mirrorless lens with a maximum aperture of F1.0 with AF capability. With the expansion of the high performance X Mount lens lineup, Fujifilm continues to cover more focal lengths to support a wide range of photography styles and shooting scenarios.