Sony A7 III full frame mirrorless camera now officially announced. Everything you need to know about the Sony A7 III, including specs, samples, video, release date, price and impressions.

At first glance the Sony A7 III looks very much like the other current A7-series cameras, closely resembling both the A9 and A7R III in terms of looks and key specifications.

The Sony A7 III comes with a completely new 24.2 megapixel back-illuminated 35mm full-frame sensor, coupled with the very latest BIONZ X processor. The new sensor is claimed to offer 15 stops of dynamic range at low sensitivity settings and offers a top ISO speed of 204800.

This updated Fast Hybrid AF System employs a combination of 693 phase-detection points and 425 contrast-detection areas for quicker acquirement of focus in a variety of lighting conditions. It also maintains focus on subjects more effectively. In addition to speed and AF, the processing improvements also help to realize greater image clarity and reduced noise throughout the sensitivity range from ISO 100-51200, which can further be expanded to ISO 50-204800. The A7 III offers 10fps burst shooting either the silent electronic shutter or the mechanical one.

Video recording capabilities of the camera have also been extended for enhanced quality when recording UHD 4K video with the full width of the full-frame sensor to minimize moiré and aliasing. Additionally, benefitting both stills and video operation, the a7 III utilizes a 5-axis SteadyShot INSIDE sensor-shift image stabilization. 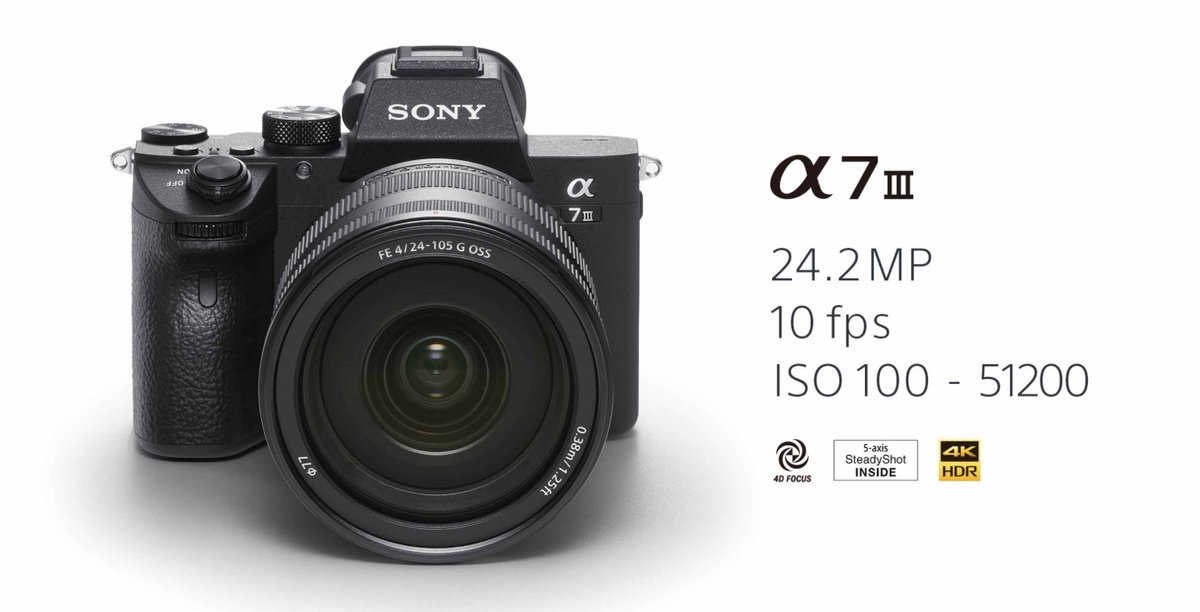