If you are a new owner or want to buy an high-end DSLR camera, in this post we have covered the best memory cards for Nikon D500 DSLR.

Nikon D500 has two memory card slots. One of them is the XQD card slot, and the other one is the SD card slot that supports UHS-II.

If you are going to shoot 4K video, sports photography, wildlife photography with D500, a fast card is a must. Otherwise, you’ll miss most of your shots waiting for the buffer to clear.

The Nikon D500 is the high-end DX-format DSLR camera announced back in early 2016. It incorporates the same powerful 153-point AF system as the D5, offers high-speed continuous shooting at approx. 10 fps. 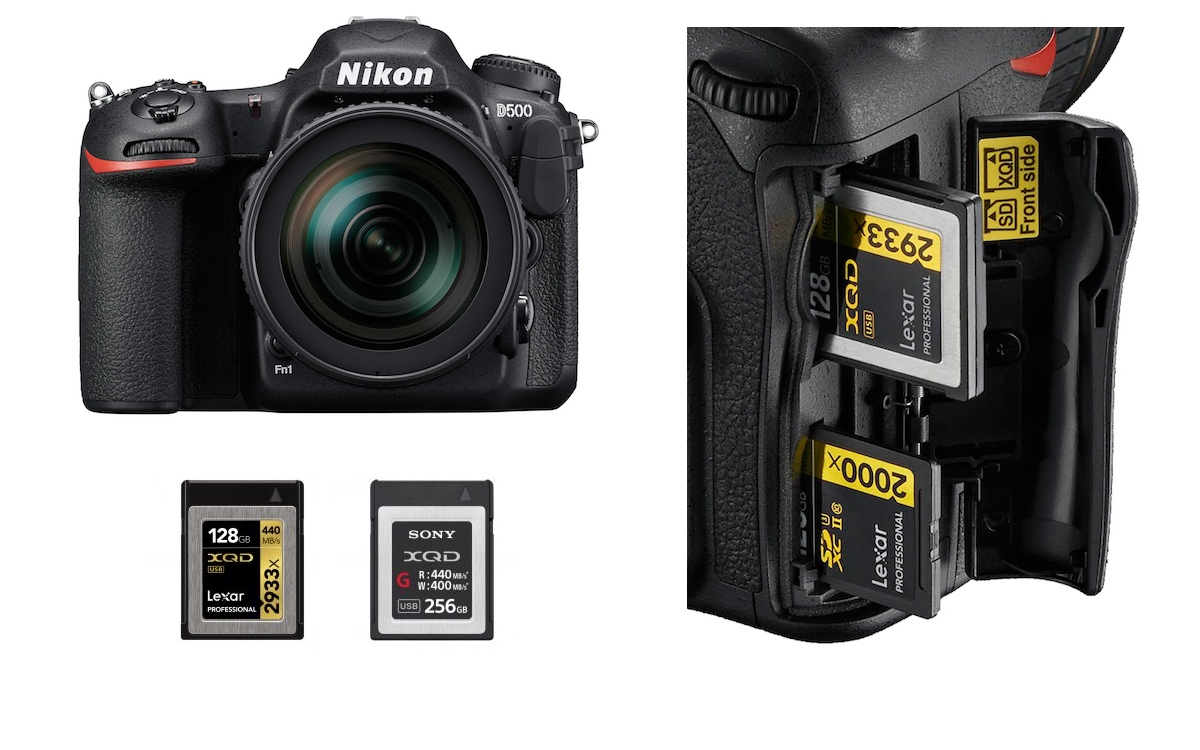 All these memory cards for Nikon D500 are fast enough to be used for both video and continuous shooting without experiencing any delay.

Currently, there are plenty of great UHS-II SD memory cards for Nikon D500. The best performing cards are the ones from Lexar and Sony.

The XQD cards are much faster than SD cards. Currently, Lexar, Sony and SanDisk all offers XQD cards for Nikon D500 DSLR. Still the Lexar 2933x XQD 2.0 is the best selling XQD card for Nikon D500.