Sony A9 sensor reviewed by DxOMark website. They have posted the test results and the high-end full frame camera achieved a score of 92 points overall.

The Sony a9 ranks 2nd overall for ISO just behind the A7S, and although its Portrait and Landscape scores at base ISO are a little behind the top performers, they’re still very good. Sony A9 sensor score is 92, it is better than Canon EOS-1D X and Nikon D5.

According to DxOMark, the low-light ISO score of 3517 ISO is exceptional and base ISO 50 scores of 13.3EV and 24.9 bits, respectively, are very good. 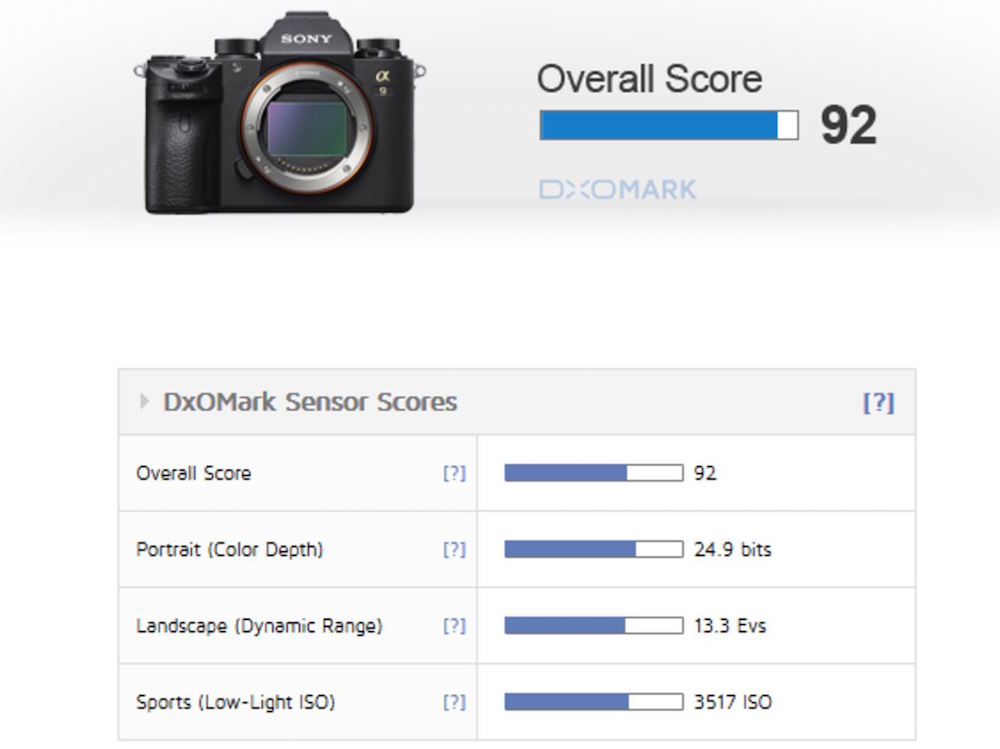 Best Lenses for Sony A9

The Sony A9 sensor ranks as one of the best we’ve tested at base ISO, with consistently good scores for dynamic range and color depth, and exceptional results for noise. At those crucial mid to high ISO sensitivities for action photographers, image quality is also excellent and on par with flagship Nikon and Canon sports DSLRs.

For the very best image quality, the A7R II offers better results for color, as well as almost twice the sensor resolution, but it isn’t a sports camera and can’t compete for performance against the a9, so they’re intended for different markets.

With a big body-only price tag of $4500, the Sony a9 is squarely in the pro category, going head-to-head with the top-end Canon and Nikon DSLRs. With many pros already heavily invested in lenses and accessories for those systems, it’s going to be a tricky (not to mention expensive) to switch, but the Sony a9 has both the performance capabilities and image quality that make it a seriously tempting proposition.