The Camera GP is an award that focuses primarily on cameras and lenses. It is sponsored by the Camera Journal Press Club (C.J.P.C./Japan), which was established in September 1963 and is made up of representatives from 10 print and online camera and photography magazines (as of April 2017).

The winners of the Editors Awards, of which the D500 is one of this year’s recipients, are selected from all cameras and imaging devices released between April 1, 2016 and March 31, 2017 with the exception of those selected as Camera and Lens of the Year, for their popularity, the buzz they have created, and the innovation they show, with judging by C.J.P.C. members.

The D500 has now won a total of three globally prestigious awards. In addition to a Camera GP2017 Editors Award, it was also the recipient of the TIPA Awards 2016’s Best APS-C DSLR Expert award and the EISA Awards’ European Prosumer DSLR Camera 2016-2017 award. 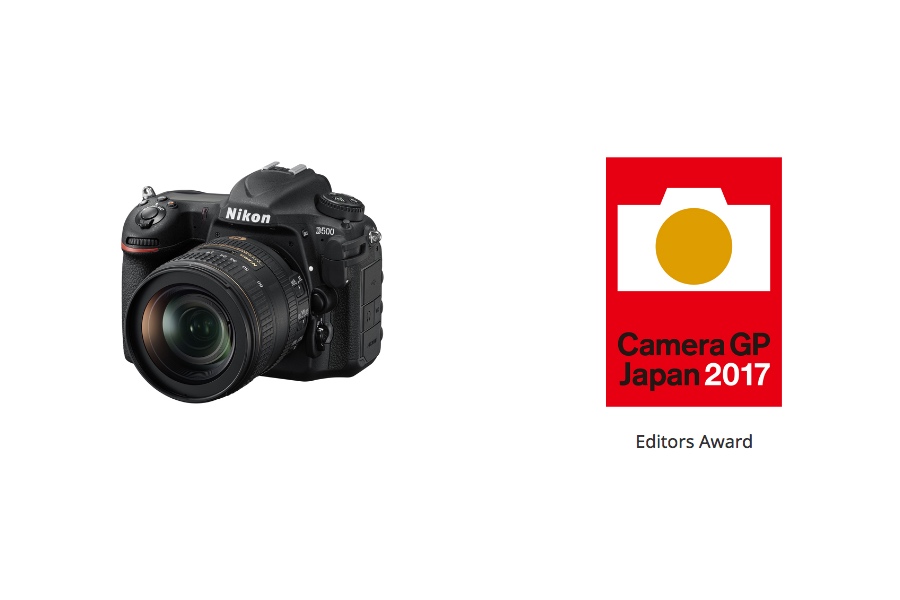 The D500 is the long-awaited new high-end model in Nikon’s line of APS-C format SLR cameras. It offers an excellent balance between performance and price, inheriting basic features such as its AF sensor from the D5, Nikon’s 35mm format “full-size” flagship model, yet available at a price the average consumer can afford. The D500 can be considered a camera that makes the APS-C format more appealing, with its tough and durable body, high-definition viewfinder, and more than sufficient continuous shooting performance, all worthy of a high-end model. It is equipped with a superior AF system comprised of focus points that cover a broad range of the frame, and capable of sharp and clear capture of moving subjects. At the present time, although the development of mirrorless cameras is remarkable, the D500 reminds us of the appeal of SLR cameras.