Here is a quick review and comparison for the Sony A9 vs Nikon D5 cameras. You can check the details of these fast cameras with full-frame image sensors.

Sony has updated the a7 series with a new sensor, faster burst-shooting capability, blackout-free electronic viewfinder, dual card slots, and other enhancements. This makes the Sony A9 an ideal camera for sports, wildlife, action, and even news photography.

If you’re looking to upgrade to a professional camera with full frame sensor, the Sony A9 vs Nikon D5 comparison covers all the important specifications of each camera.

Differences between the Sony A9 vs Nikon D5 cameras 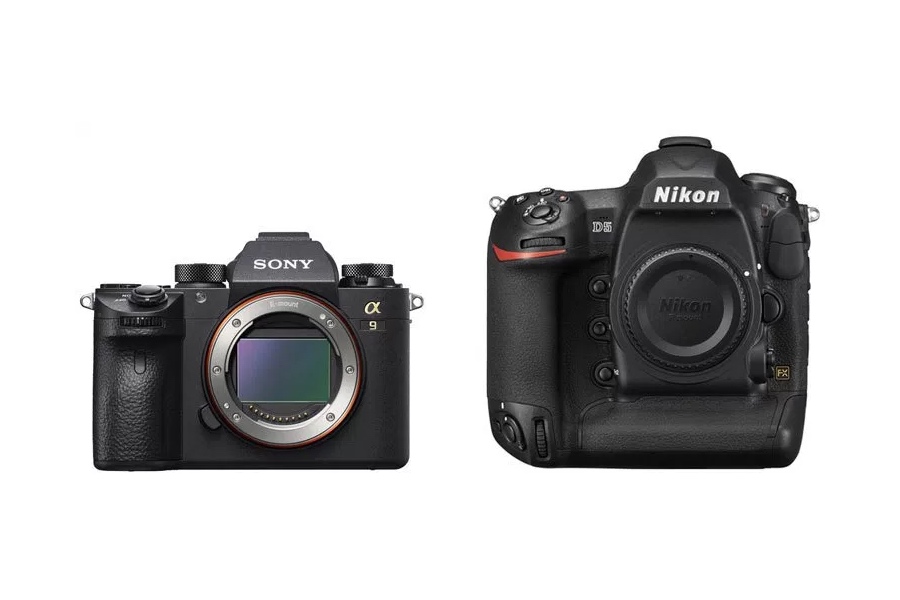 Below you can see the specs comparison table of Sony A9 vs Nikon D5 full-frame cameras. Some differences like sensor, image size, shooting speed, lcd size etc.. detailed as bold on the table.

Size Comparison of Sony A9 vs Nikon D5

CameraSize has already add Sony Alpha a9 to their database. So let’s see the size comparison of Sony A9 vs Nikon D5 cameras. 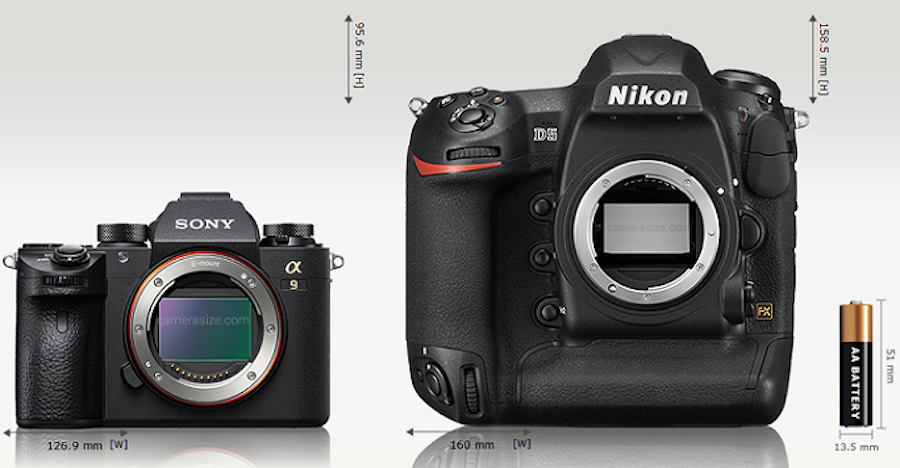 The Alpha a9 offers 20 fps blackout-free burst shooting with uninterrupted viewing and AF/AE tracking. A larger buffer allows up to 241 compressed RAW images or 362 JPEG images to be captured in one continuous burst. Additionally, 693 phase detection AF points covering 93% of the frame track even the most erratic and fastest-moving subjects across the frame.

The Sony A9 is a lot cheaper so you could spend that money on a bunch of good lenses. It’s also smaller and lighter, which is so much important in action, sports shooting scenes. It is the native ISO sensitivity where Nikon D5 still wins on paper. Apart from that, we see the Sony A9 superiority in every way.