Samyang has officially announced the 20mm f/1.8 ED AS UMC lens. It is designed for full-frame DSLRs as well as APS-C and Micro Four Thirds mirrorless cameras.

The new optic will deliver a full-frame equivalent of 35mm when mounted on APS-C cameras and 40mm when mounted on MFT cameras. The bright f/1.8 maximum aperture allows users to isolate their subject from the background and enables hand-held shooting in low-light conditions. 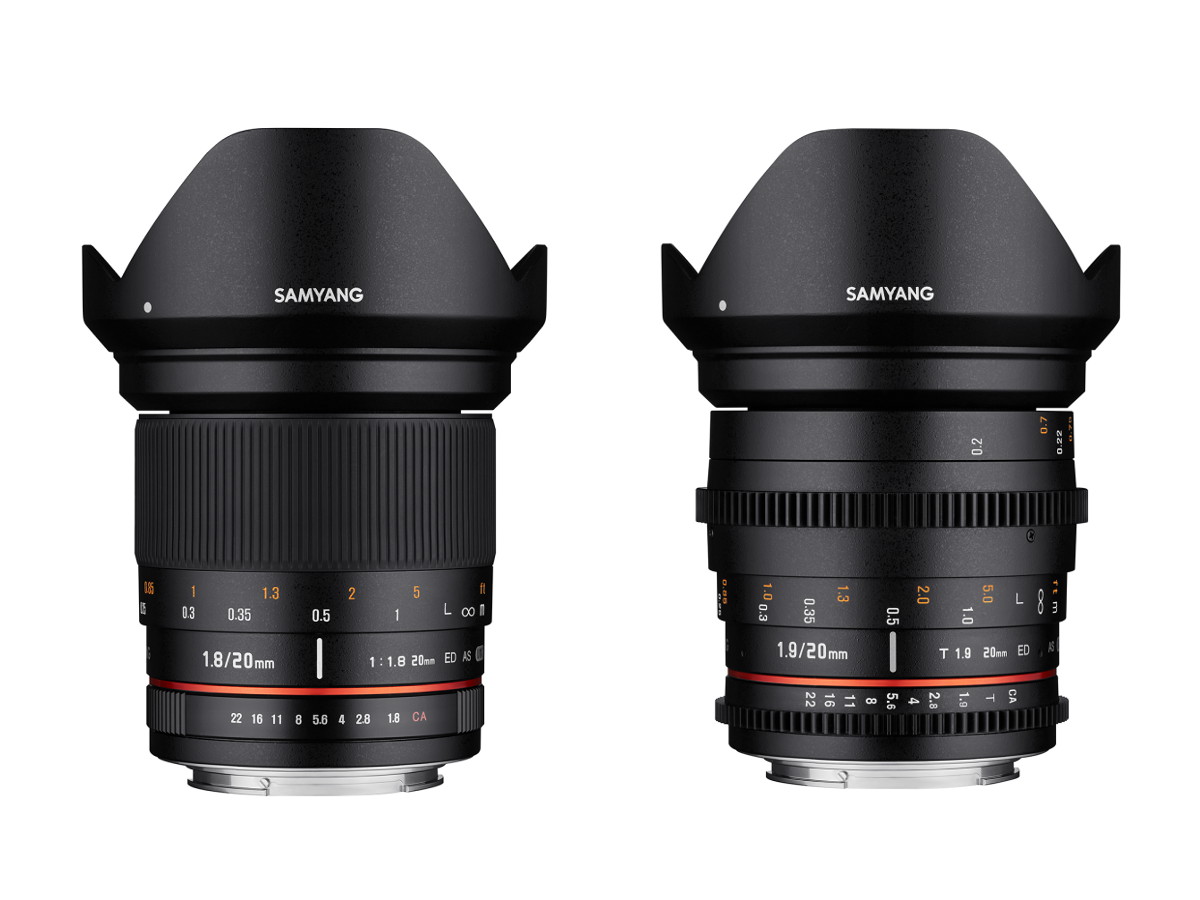 We are approaching to the worlds biggest digital imaging event. Photokina 2016 will open its doors in September. The lens expected to show up on the market at this event. 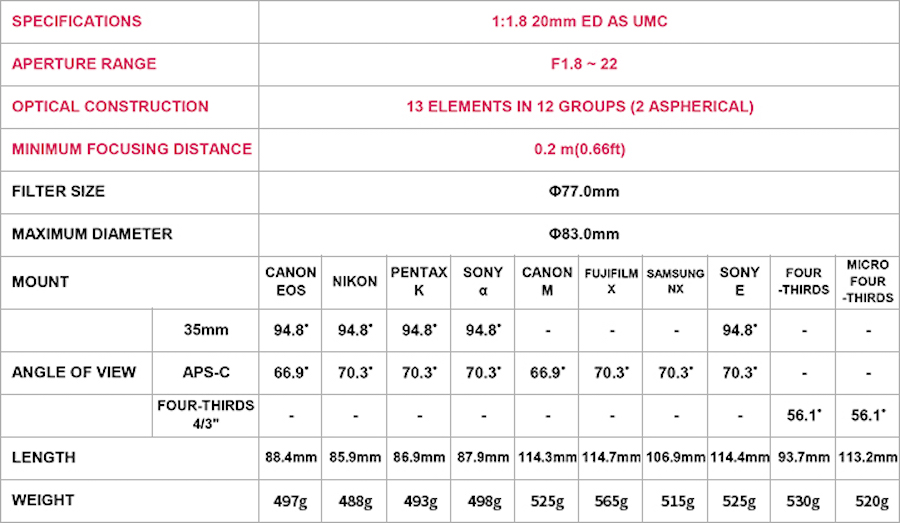 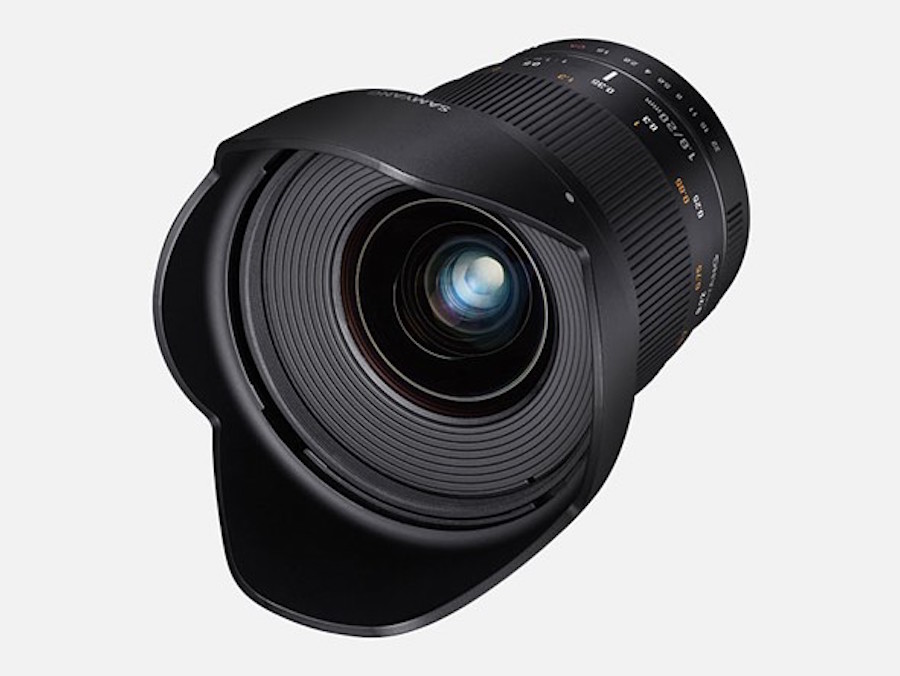 Specifically, the Samyang 20mm T1.9 is a cine lens optimally designed for professional follow focus system. It has quiet and smooth de-clicked focus and aperture gear rings. Also, the distance scale and T numbers are marked on both sides of the lens for convenience when filming.