Fujifilm is on the verge to add new lenses to the X-mount line-up in development. As a result a new Fujinon XF 8-16mm f/2.8 WR lens rumored to be in development.

The optic in mention is a new wide-angle zoom that will be weather sealed. It will have a focal range between 8-16mm for APS-c sized sensors which corresponds to 12-24mm in 35mm full-frame equivalent.

When it comes to the announcement date, the sources has not provided enough information. However, it is not expected to become official soon. We may not see this product at Photokina 2016. If the company confirms its development in late 2016 we can expect the XF 8-16mm f/2.8 WR lens to become available sometime in 2017.

Yes the WR designation on the product means that it will be weathersealed. So another good combination with the X-T1 or the upcoming X-T2 mirrorless cameras. 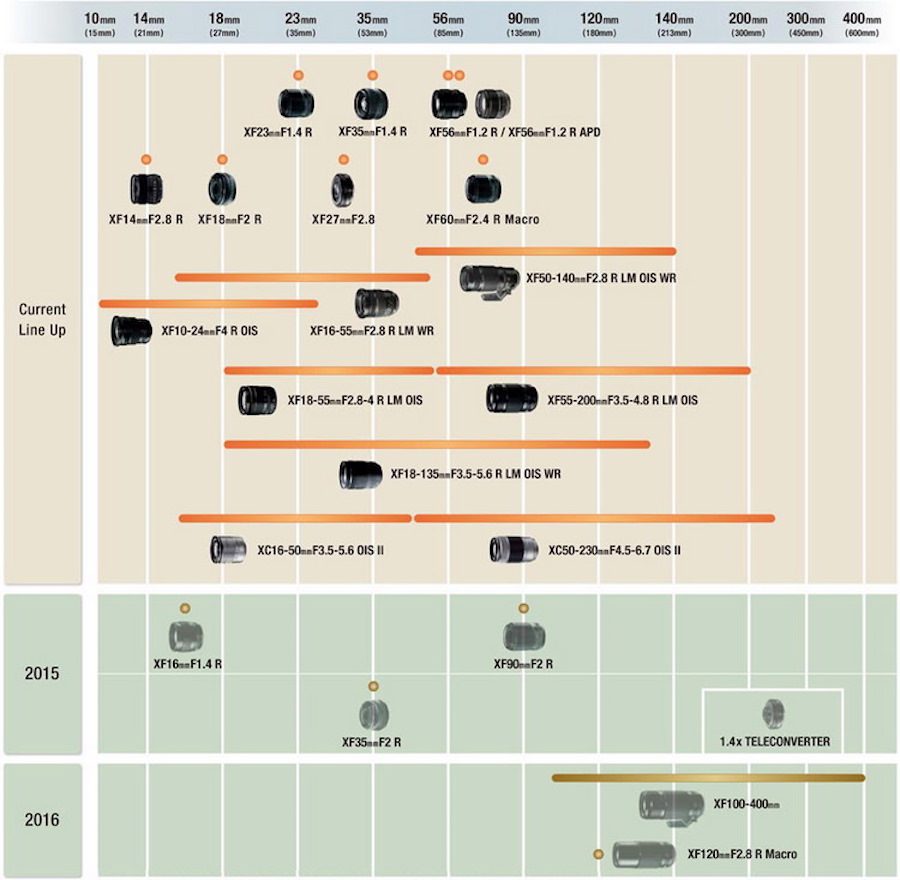 This is the official Fujifilm X-mount lens roadmap

Fujifilm XF 8-16mm f/2.8 WR will be designed for landscape, architecture, and indoor photography. It has a bright aperture and we may compare it with the popular Tokina 11-16mm and 12-24mm wide-angle zoom models.

When considering the demand for more lenses from X-mount mirrorless camera users, the X-series users already has the XF 35mm f/2 R WR, while the XF 23mm f/2 R is coming at Photokina 2016. Nevertheless, another f/2 prime is being worked on, one with a 50mm focal length.

If you ask about the announcement date of the XF 50mm f/2 R prime model, our answer would be a long wait till 2017. It is believed the product is in the early stages of development.

So as a wrap up this development news about the new Fujinon optics, both the XF 8-16mm f/2.8 WR and the XF 50mm f/2 R lenses to become available sometime in 2017. Stay tuned for more information.