From the leaked image below you can see that the brochure shows the Tamron SP 135mm f/1.8 Di VC lens name and on the left attached to a camera body.

Sources are claiming that Tamron will reveal the SP 135mm f/1.8 Di VC telephoto prime lens before the Photokina 2016 show. 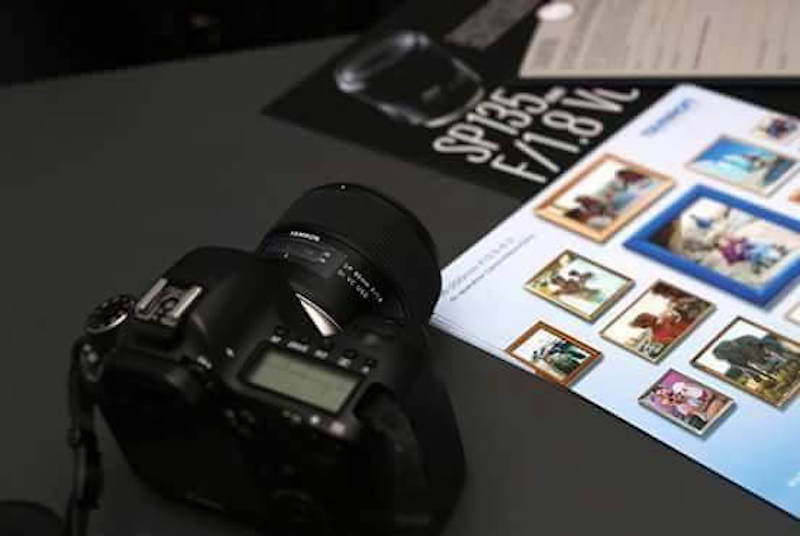 The upcoming Tamron SP 135mm f/1.8 Di VC lens will definitely feature Vibration Compensation technology which minimizes the appearance of camera shake by up to 3.5 stops for sharper handheld shooting.

The maximum aperture of f/1.8 will also be helpful in low-light conditions and also affords extensive control over focus placement for greater separation of subjects from the background, as well as the ability to produce selective imagery.

Considering the approach of worlds biggest digital imaging event Photokina 2016 show in September, it is kinda busy year for industry.

There are multiple 135mm lenses are expected to become official this year. Zeiss is rumored to unveil a Milvus-series 135mm f/2 Apo Sonnar optic, while Sigma is on the verge to reveal Art-series 135mm f/2 DC OS HSM lens.

Currently, there is not much details for the product. The rumored telephoto prime lens will be released for full-frame DSLR cameras. Stay tuned for more information.