The newly developed highly functional global shutter technology contributes to high speed image sensing of moving objects without image distortion which appears in conventional shutter operation under very bright scene. We expect this technology to be used widely in motion capture applications and also extend to other applications that have been thought to be difficult to realize unless high saturation global shutter or variable sensitivity multiple exposure. 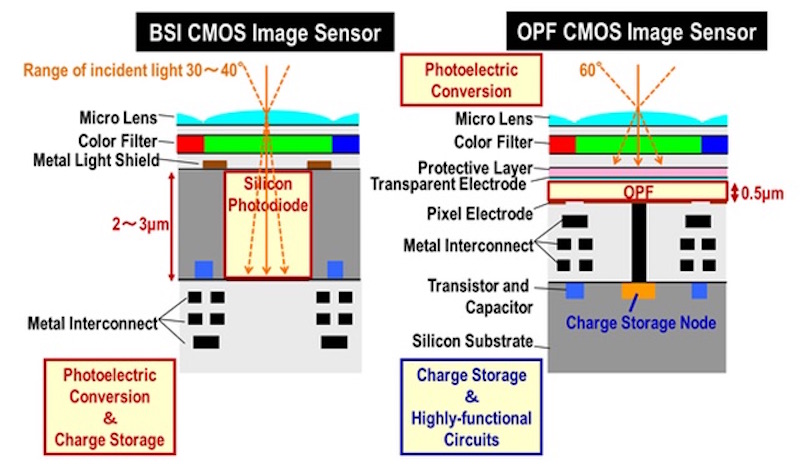 The new technology has the following advantages.

This development is based on the following new technologies. 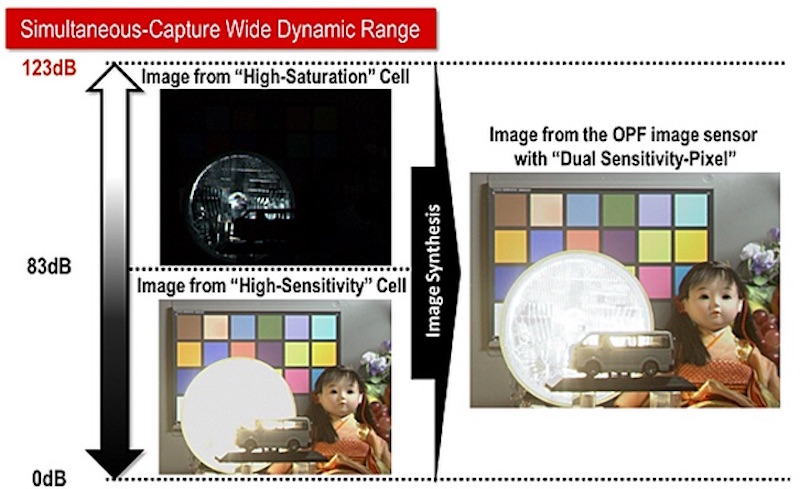 Panasonic holds 60 Japanese patents and 41 overseas patents (including pending) related to this technology.

Panasonic will present part of the research at the international conference ISSCC (International Solid-State Circuit Conference) 2016 which is to be held in San Francisco, USA on January 31 to February 4.

*1: We are using an organic photoconductive film (OPF) that FUJIFILM Corporation has developed.

More on the Technology can be seen at Panasonic press text.

Panasonic also announced that it has developed a new wide-dynamic-range technology which can improve simultaneous-capture wide dynamic range 100 times wider than the conventional results, using a CMOS image sensor with an organic photoconductive film (OPF).  More details for the organic sensor here at this Panasonic press text.