The company has also introduced a duo of 1400x XQD 2.0 cards in 32GB and 64GB versions. These new rugged, high-speed cards support both PCI Express Gen 2 and USB 3.0 interfaces. 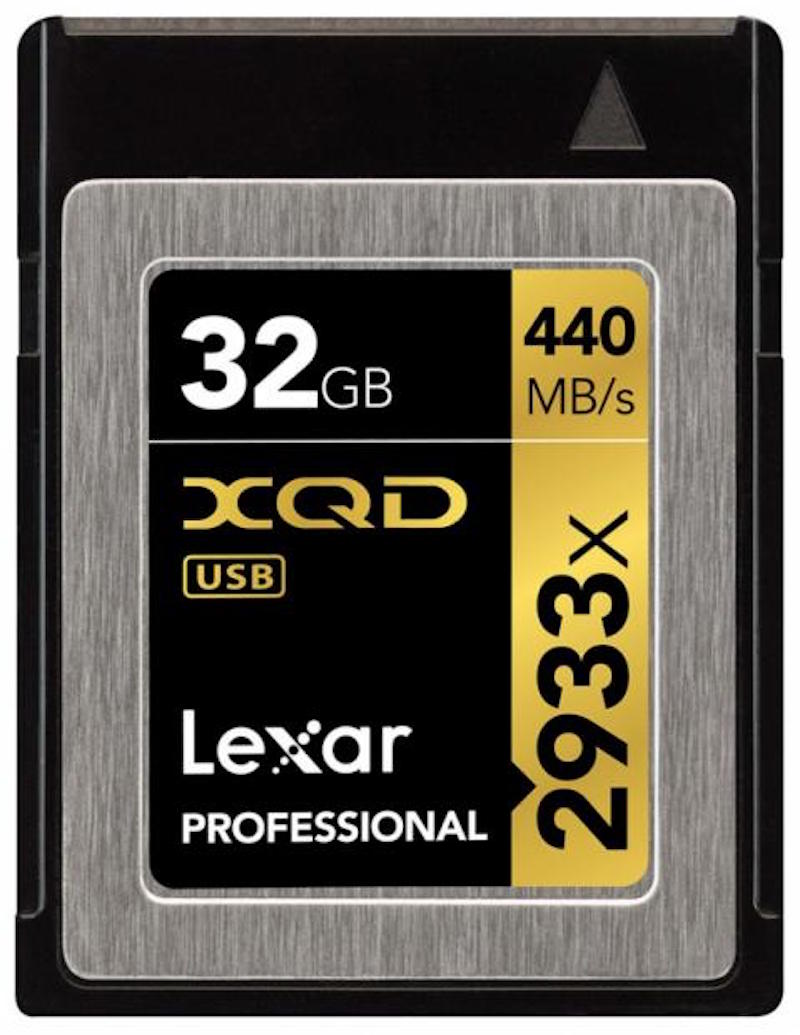 Lexar Introduces New Professional 2933x XQD 2.0 Card, the Fastest on the Market, to Enable the Capture of High-Resolution Video and Images

Designed for use with the latest generation of high-definition camcorders and high-resolution DSLRs, the new XQD 2.0 cards deliver read transfer speeds up to 2933x (440MB per second)* and 1400x (210MB per second)** respectively, enabling an accelerated workflow that allows users to quickly capture and store stunning, high-quality images and 4K video. These new rugged, high-speed cards support both PCI Express® Gen 2 and USB 3.0 interfaces.

“The Lexar Professional 2933x and 1400x XQD 2.0 cards provide exceptional resilience to environmental factors such as water, vibration, shock, and temperature, so they’re the ideal tool for professional photographers and videographers using XQD based DSLRs, such as the Nikon 4DS, looking to capture the highest quality images or video in any environment,” said Wes Brewer, vice president and general manager, Lexar. “And pairing these new cards with the Professional Workflow XR2 reader gives photographers and videographers the ability to quickly offload content and complete post-production work, so they can save time and refocus on their business and craft.”

“We are happy to see Lexar’s XQD 2.0 memory card announcement, as it signifies their commitment to supporting the evolution of this important technology,” remarked Hiroyuki Ikegami, department manager of product planning, Nikon Corporation. “We expect our camera technology to continue alongside these very same evolutions, and along with the new Lexar XQD 2.0 card and reader line, we look forward to watching the XQD host device market grow and thrive.”

The Lexar Professional Workflow line also consists of a selection of other memory card readers, supporting SDHC™/SDXC™ UHS-I and UHS-II, CompactFlash® UDMA 7, CFast™ and CFast 2.0 (USB 3.0 or Thunderbolt), and microSDHC™/microSDXC™ UHS-I and UHS-II formats. Products are sold separately, making it easy for users to customise their workflow solution to their unique needs. All Lexar Professional Workflow products are backed by a two-year limited warranty.

The latest additions to the Lexar Professional XQD product line will have the following MSRPs:

All products will be available for purchase in October. For additional information about Lexar products, visit http://www.lexar.com