A slide showing the specs list of the long-waited Pentax full frame DSLR camera has been leaked by Photo Rumors.

According to the leaked specs of the camera it is going to feature a 36-megapixel full-frame image sensor without lowpass filer. This looks like the same specs as leaked previously back in early 2015. 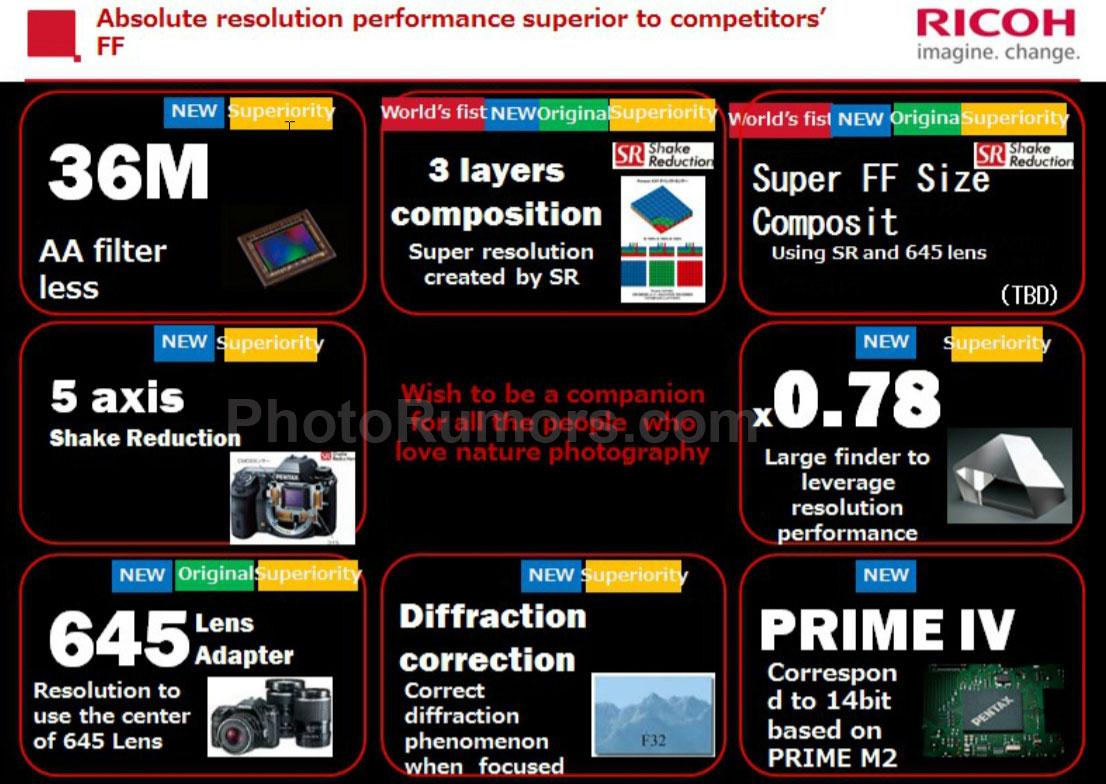 According to previous Pentax rumors, the upcoming K-mount Pentax full frame DSLR camera is expected to have a price tag around $2,200 for US. (2000 Euros).