Canon is showing off their prototype of the still-image single-lens reflex camera equipped with a CMOS sensor featuring approximately 120 million effective pixels along with the Canon EF 600mm f/4L IS DO BR USM lens and the Cinema EOS System 8K camera at the Canon Expo 2015 show in the New York City.

The development for a Cinema EOS System 8K camera, a professional-use 8K reference display, and an EOS DSLR equipped with a 120MP full-frame sensor announced a while ago.

This propotype is using a 120MP APS-H sensor in a Canon EOS 5Ds DSLR body. It can produce RAW files around 210MB per image. 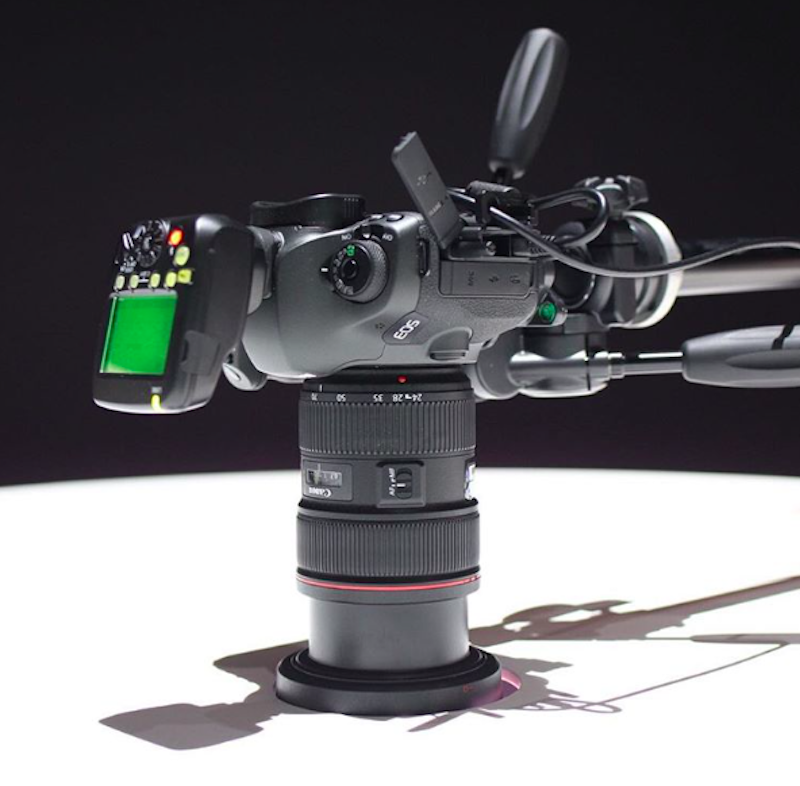