First set of specifications and images of the upcoming Samsung NX500 mirrorless camera have been leaked online.

Samsung NX500 camera to be announced soon, just before the CP+ 2015 in Japan. Here are the first leaked images of the mirrorless shooter.

The leaked NX500 images shows a front view of the camera which will be available in black, brown, and white varieties and will have a price tag for $799 with 16-50mm Lens. 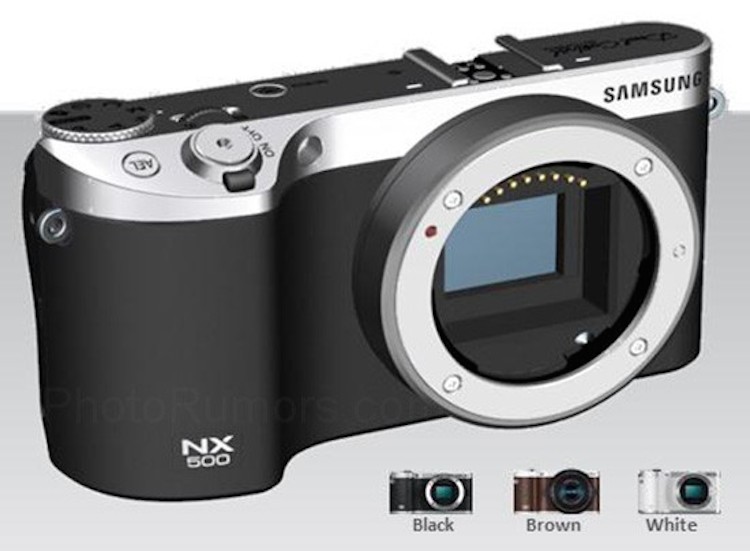 See below for the detailed specs of the NX500.