The new firmware will bring the Silver version’s additional features and making some notable changes to camera operation and interface to the the original X-T1 Black users.

The Polish site Optyczne posted the list of features that will be added / updated / fixed with the scheduled December Fuji X-T1 firmware update. We have also covered the list with the previous ones posted by the official X-T1 Graphite press text. 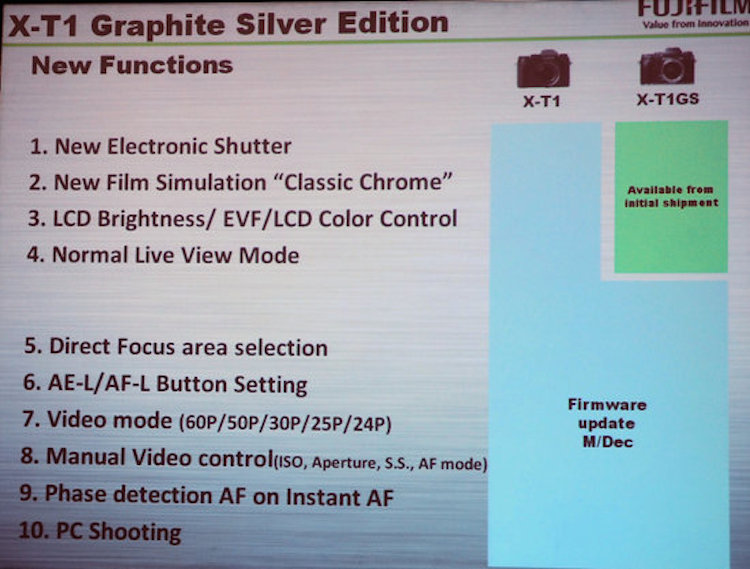