Sony will hold an announcement on September 3 at IFA Berlin 2014. The company is rumored to announce two new cameras named Sony ILCE-QX1 and DSC-QX30.

The QX30 will be a replacement for the current QX10 lens camera module for smart phones. The QX30 Cyber-shot lens-style camera expected to arrive on September 3, 2014 with 30x zoom.

Sony QX30 and ILCE-QX1 To Be Announced on September 3 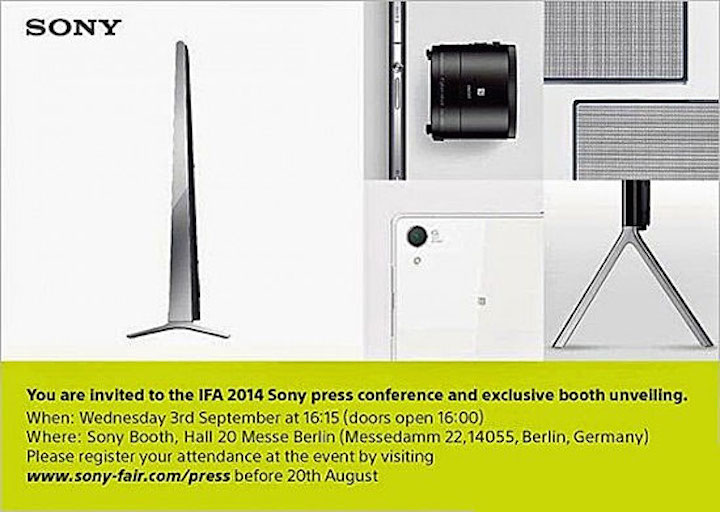 The current Sony QX10 and QX100 models are lens camera modules that attach to a smart phone and not an ILC. The QX1 could be an E-mount lens camera module with APS-C sensor.  The official announcement for the new Sony products will happen just before the Photokina 2014 show.

More Sony announcements will follow these new products. As new Sony A and E-mount lenses are expected to be announced with new exciting Zeiss E-mount lenses to follow.