The Olympus lens roadmap for 2014-2015 has been confirmed in the company’s latest financial report.

Olympus is planning to introduce new PRO-series lenses for Micro Four Thirds cameras. According to the Q1 2015 earnings report, the next PRO model to be announced is the M.Zuiko Digital ED 40-150mm f/2.8 PRO, whose development was revealed during the fall of 2013.

The report reveals that the Olympus 40-150mm f/2.8 PRO lens will be announced sometime in the second half of the 2015 fiscal year. This means that the lens is coming sometime in late 2014 or early 2015 as expected. 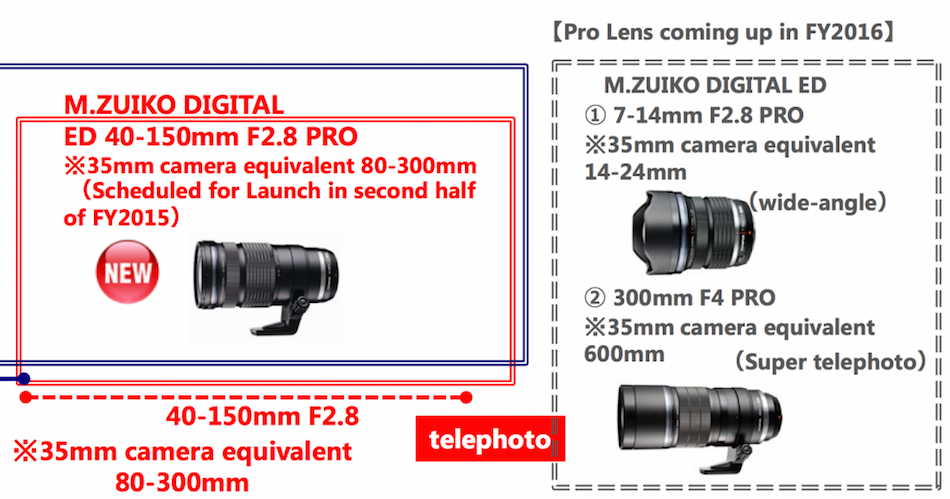 In the latest financial report Olympus published their plans to release the next three M-Zuiko Digital PRO lenses:

On the other hand, the report does not include any details about the rumored Olympus 9mm PRO-series lens which is recently expected with a maximum aperture of f/1.8.